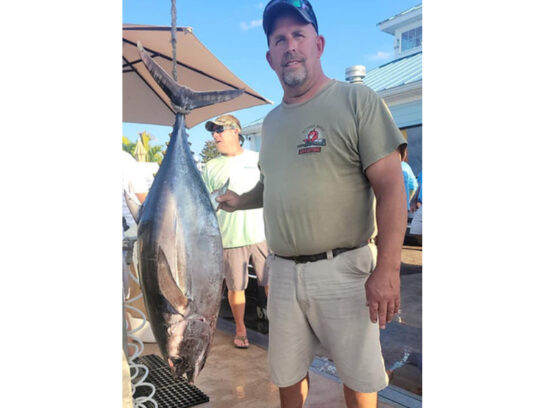 A Poolesville man now holds the state record after catching a 77-pound albacore on Sept. 20.

Thomas “Tad” Bodmer was recognized by the Maryland Department of Natural Resources as the new state record holder Atlantic Division for albacore or long fin-tuna.

According to the DNR, Bodmer only recently took up saltwater fishing. He was aboard the charter Top Dog on Sept. 20 as it headed back to shore when he realized he had caught something.

“It was chaos,” Bodmer said in a news release from the DNR. “I would get my fish close and then it would run back out. It took 25 minutes to get it.” He used a naked ballyhoo bait.

“All these people came out of the woodwork with cameras,” Bodner said in the release. “I was like a deer in headlights.”

The weight was officially certified by Sunset Marina in Ocean City. A Maryland DNR biologist confirmed the catch. 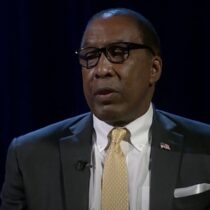 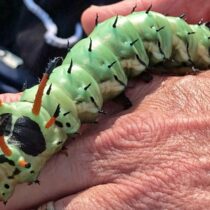