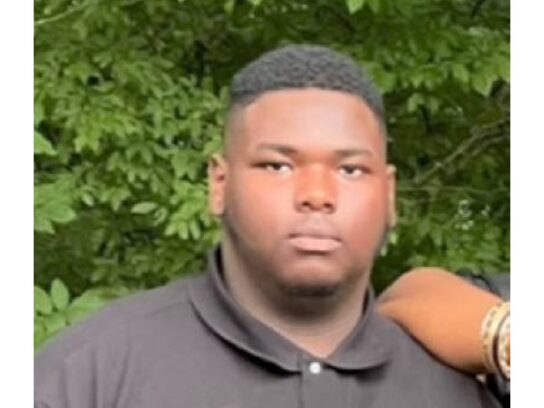 A senior at Northwest High School in Germantown was found dead in a wooded area by the 18900 block of Grotto Lane after having been reported missing for about two weeks.

Jailyn Lawrence Jones, 17, was found deceased at the scene on Jan. 24, and police are calling it a homicide.

The Office of the Chief Medical Examiner (OCME) in Baltimore will conduct an autopsy to determine the manner and cause of death.

A missing person’s report was listed on the National Center for Exploited and Missing Children website. It noted that the teenager had been missing since Jan. 7 and said he was last seen in Germantown wearing a black sweatshirt and joggers or pajama pants.

“For those of you who knew Jailyn we ask that you remember and celebrate his life. He had a large personality, infectious smile, and overall amazing spirit,” Smith wrote.

Montgomery County detectives ask that anyone with information contact them at 240-773-5070 or 240-773-TIPS, or contact Crime Solvers of Montgomery County toll-free at 1-866-411-TIPS (8477).  A reward of up to $10,000 is being offered for information that leads to the arrest of the homicide suspect(s). Callers can remain anonymous.