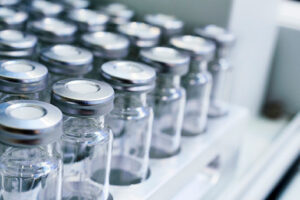 Montgomery County public safety union representatives and police officers testified against a council bill that would require all county employees to be fully vaccinated against COVID-19 or face losing employment, with exemptions for medical reasons.

First, Assistant Chief Administrative Officer Dr. Earl Stoddard testified on behalf of County Executive Marc Elrich during a virtual council meeting Tuesday. He said Elrich is deeply concerned the bill would hurt critical public safety services and the personnel loss would have negative impacts. Stoddard noted recruitment and retention issues within the police, fire and rescue service and corrections departments. He also committed to submitting a COVID-19 testing implementation plan for employees to the council by the end of the week, which Council President Tom Hucker said was supposed to have been presented in August. Current guidelines say county employees who are not fully vaccinated are required to provide weekly proof of a negative COVID-19 test.

Councilmembers Hans Riemer and Will Jawando introduced the bill last month.  Ahead of testimony, Riemer said he is disturbed Elrich is using “scare tactics” about the impact of a vaccination requirement instead of standing strong against anti-vaccine resistance. Stoddard said Montgomery County Fire and Rescue Service (MCFRS) reported they would have to reduce services if the department lost even 2% of staff, or about 25 employees. Jeffrey Buddle, President of the Montgomery County Career Fire Fighters Association (IAFF Local 1664), opposed the bill and said MCFRS is at a breaking point with staffing. He said MCFRS estimates the department could lose about 100 firefighters if the bill passes.

“If this were to happen, it would plunge Montgomery County into a public safety crisis where it would no longer be able to provide for the safe, efficient and effective delivery of fire and rescue emergency services,” Buddle said.

The Montgomery County Police Department (MCPD) has lost over 40 officers since July 1, 2020, said Lee Holland, Corporation Vice President of MCPD union Fraternal Order of Police Lodge 35. That number does not include 27 positions that were eliminated in the last budget. Holland said MCPD has seen a significant increase in resignations over the past several months due to labor unrest and the current political environment, which poses additional challenges because 25% of the department is eligible to retire. Recent polling showed about 300 officers are considering leaving the force if the bill passes, he said.

Mark Hugi, an eight-year veteran of the police department, said the mandate would be the straw that breaks the camel’s back for many officers “experiencing all-time low morale.”

Steven Phelps, a 30-year county resident and 28-year veteran of MCPD, also testified against the bill. Nick Bonturi, who has been with the police department for 10 years, said he is anti-government overreach and anti fear-based force. Police Officer Matthew Plescia said he chose to receive two doses of a COVID-19 vaccine in February. He was concerned the council bill threatens the jobs and livelihoods of county workers and would further diminish an already exiting workforce.

Amy Millar, who testified on behalf of UFCW Local 1994 MCGEO, emphasized that the union believes everyone who can get vaccinated should do so. However, she said the bill oversteps council authority to mandate employment conditions and many departments are very short staffed, including Ride On which has over 90 bus driver vacancies.

A council committee worksession for the bill is planned for Nov. 22. 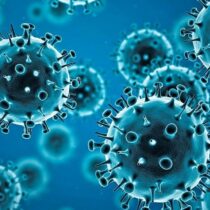 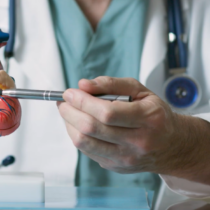