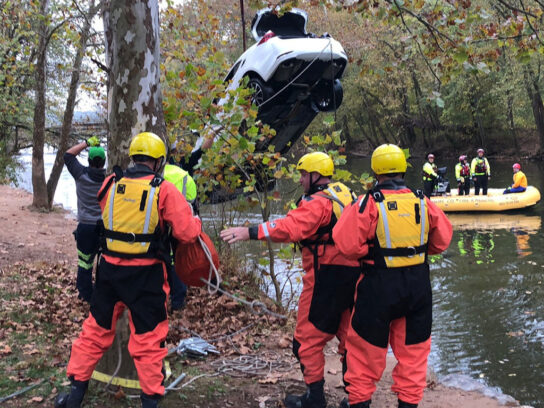 Montgomery County Fire and Rescue Services (MCFRS) workers retrieved a car that was submerged in Seneca Creek on Tuesday morning.

According to Pete Piringer, spokesperson for MCFRS, a recreational boater discovered the vehicle at the bottom of the creek before 8:10 a.m. It was close to boat dock near Riley’s Lock and Seneca Landing Park.

It took rescue workers a couple of hours to remove the vehicle from the water. Piringer tweeted that the vehicle was unoccupied.

The National Resource Police is investigating the circumstances surrounding this incident, but they couldn’t be reached for comment.

Piringer tweeted that nobody was injured during the process of removing the vehicle.