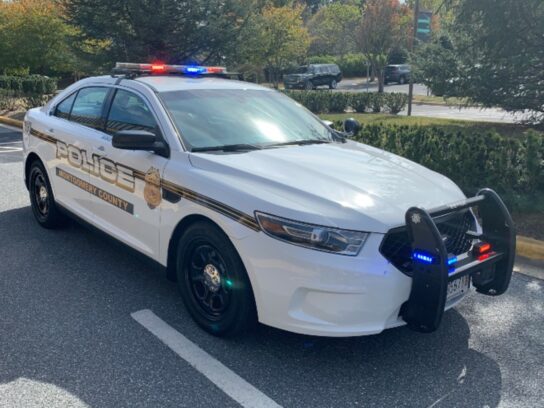 A woman was robbed at home in Fairland, a neighborhood in Silver Spring, a Montgomery County police statement said.

Police are asking anyone with information to contact detectives.

The robbery, which was caught on surveillance video, took place about 3 a.m. Saturday, Oct. 12, police said. Silver Spring police district officers responded to the home in the 3700 block of Castle Terrace, police said.

The woman was outside the front door to a home and about to enter when one of the four robbers approached her, police said. He struck the victim on the back of the head with a metal object and then continued to assault her as she fell to the ground, police said.

He then stole the victim’s purse and fled the area with the other three men.

Investigators are asking anyone with information regarding the suspects or this armed robbery to call the 3rd District Investigative Section at 240-773-6870.  Those who wish to remain anonymous may call Crime Solvers of Montgomery County toll-free at 1-866-411-TIPS (8477).  Crime Solvers will pay a cash reward of up to $10,000 for information provided to them that leads to an arrest and/or indictment for this crime.

WARNING: the video is accompanied by sound and may be troubling for some to watch and listen to.