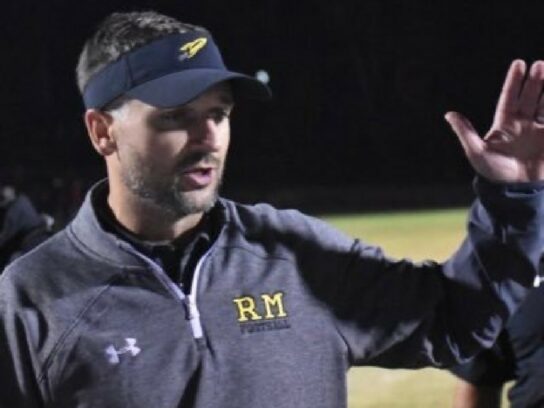 Damascus High School has named Josh Klotz as their new head football coach. Klotz – the head coach at Richard Montgomery High School since 2013 – replaces Eric Wallich who stepped down after 12 years at the helm at Damascus citing the need to spend more time with his family.

Klotz took over a program at Richard Montgomery which had struggled before his arrival including two winless seasons in 2009 (0-10) and 2010 (0-10). Klotz started out with two losing seasons at RM but then turned things around, leading the Rockets to the playoffs the last five seasons including a 10-2 record in 2016. Klotz won 60% of his games in seven seasons at the Rockville school.

In 2007, Klotz was an assistant coach at Quince Orchard with Wallich under the head coach at the time Dave Mencarini. Klotz is considered to be a very good offensive mind, favoring the wide open and exciting “spread” offense which has been popular in college football and, in recent years, the NFL.

Wallich led the Swarmin’ Hornets to Maryland state titles four of the last five years. Three weeks after announcing his resignation as head football coach (he is still a teacher at the school), Wallich was among those named in lawsuits filed on behalf of the victims of the October 2018 “brooming” assaults at Damascus. Many key personnel at Damascus did not survive the aftermath including the principal, athletic director and junior varsity coaching staff.

Congratulations to coach Josh Klotz @RMRocketsFB on the new gig. I knew you were a great coach when we coached together at QO in 2007 and I know you will do a great job at DHS. I wish you all the best.