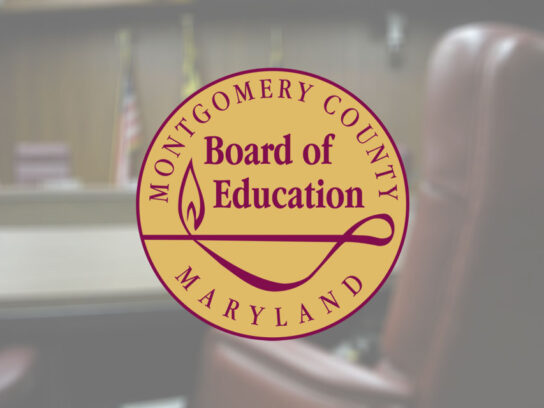 Members of Montgomery County Public Schools (MCPS) administration discussed their vision of security and safety within schools that would include police officers clad only in plain clothes who come into the schools, but not on a regular basis.

Their vision included working with police Community Engagement Officers (CEOs), but MCPS would be responsible for  student discipline. CEOs are police assigned to a cluster of schools who assist only when invited into a school by a principal or school staff member.

This discussion will continue Thursday.

MCPS staff members said they must be the one in charge of discipline, calling that non-negotiable, to ensure that discipline is given out equally and not disproportionately to students of color.

The school district hopes to set aside a wellness room in each school where students could go to reduce stress and avoid a crisis. Another plan is to have student well-being teams to reach at-risk students and support students in crisis.

CEOs would have a designated work station in the high schools, with a desk and computer, but they would not be there on a daily, regular basis as were the former Student Resource Officers.  They would continue to be responsible for a cluster of nearby schools and only respond to incidents when asked by a principal or school staff member. However, they would take the lead in such matters as death, sexual assault, robbery, hate crime, felony theft, deadly weapons or gang related incidents.

There was little if any mention of SROs, who previously were assigned to an individual school and spent their day there. Board President Brenda Wolff said, “I am not interested in seeing the SROs return at this time.”

Under MCPD’s contract with the officers’ union, officers carry a sidearm, wear a bulletproof vest and have handcuffs and that would have to be restructured, according to police.

MCPS also proposed summer workshops with police that and would include such topics as restorative justice, behavioral threat assessment, de-escalation strategy and social-emotional supports.

Between August through December of 2021, county police officers were called to schools 1,688 times. That includes assistance with problem students as well as attendance at sporting events. Of those incidents, 563 resulted in a report being made, of which 10% involved weapons and slightly more involved drugs. Eleven arrests were made. Five for weapon offenses, one for armed robbery and two for making threats to the safety and security of schools and students.

This school year, there was a student shot by a fellow student at Magruder High School and several incidents of fighting and racial slurs at sporting events.