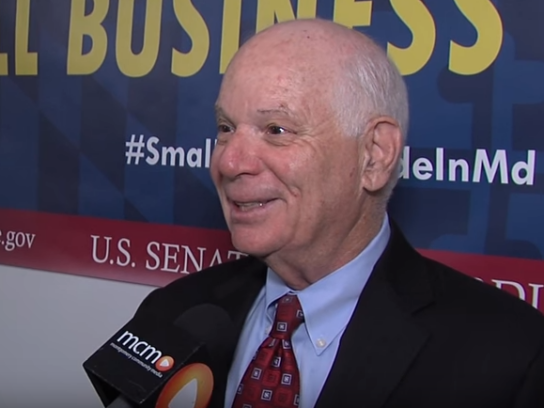 Senator Ben Cardin (D-Md.) successfully pushed the Senate on Tuesday to extend the Paycheck Protection Program through August 8. Cardin, who serves as the ranking Democrat on the Small Business Committee, asked for unanimous approval to continue the popular program just hours before the deadline for small businesses to apply for the loan.

Out of the $660 billion appropriated for the program, about $130 billion is still available to eligible businesses. The program has consistently received bipartisan support, but there was uncertainty on Capitol Hill in recent days about its future.

Senate Democrats have been pushing the Republican majority to consider a new round of coronavirus relief legislation, but Senate Majority Leader Mitch MccConnell has insisted on waiting until after the Senate’s upcoming two-week recess. Senator Cardin has been adamant that small businesses will continue to need the relief offered by the PPP.

“COVID19 hardships will not stop because of a deadline. Small businesses will need continued support to stay afloat,” Cardin wrote on Twitter. Many small businesses are currently in limbo, as states pause or roll back their economic reopenings.

WATCH LIVE: I'm on the Senate floor with @SenateDems calling on my colleagues to pass my legislation to extend the deadline for the #PPPLoan Program to get a second round of relief to small businesses in need.https://t.co/m6QqOki6qy

Cardin noted on the Senate floor that the program was extended until August 8 because it is the end of the Senate’s next legislative period. Lawmakers hope to negotiate a new economic relief package during that time.