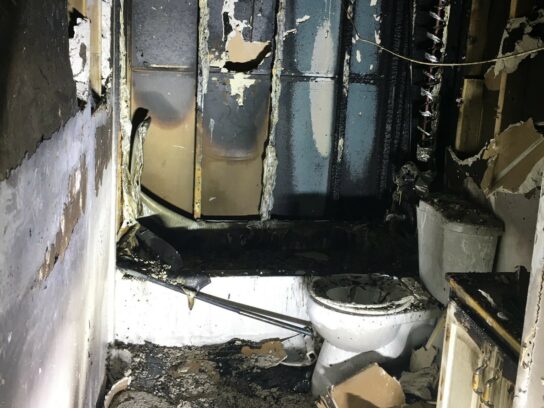 Montgomery County Fire and Rescue responded to a house fire in the 9200 block of Whitney Street in Silver Spring early Friday morning. The fire displaced the family of five and one adult was transported to a nearby hospital for smoke inhalation, according to Fire and Rescue Service spokesperson Pete Piringer.

The fire started in the basement and was reported around 12:15 a.m. Friday, according to Piringer. Smoke alarms alerted the residents to the fire.

Piringer stated that the damages to the home are moderate.