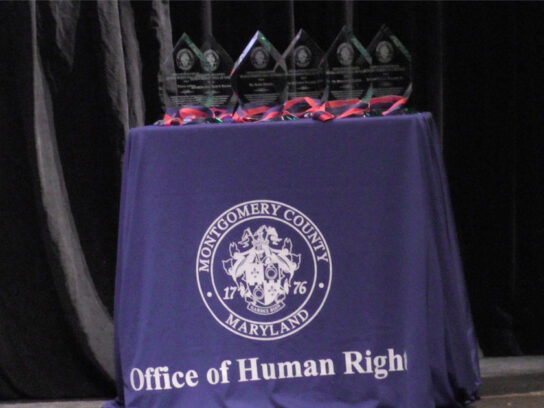 Six individuals, who have “made significant contributions to the County’s legacy,” will be inducted into the county’s Human Rights Hall of Fame this Sunday, November 20 at 3 p.m. at the BlackRock Center for the Arts in Germantown.

“The Human Rights Hall of Fame honors individuals who have made great personal sacrifices in contributing to human and civil rights in Montgomery County, either as trailblazers of the past or as current light bearers in the struggle,” the county government stated per a press release. “This year’s honorees were selected among nominations made by community members.”

The new members of the Human Rights Hall of Fame will be joining a list that has grown since the first induction of 20 individuals in 2001. According to the county government, this year’s event will include performances from area students in the NAACP Afro-Academic, Cultural, Technological and Scientific Olympics (ACT-SO) and the Halley Shoenberg Trio.

“The newest inductees epitomize why the County’s Human Rights Hall of Fame was created. Many people contribute in so many ways to make Montgomery County a great place,” said County Executive Marc Elrich. “[The inductees] are people who have dedicated their lives to doing just that, while also carving out paths that make our County more equitable and more fair.”

Residents can view the full list of Human Rights Hall of Fame inductees here, or learn more about this year’s six inductees here.