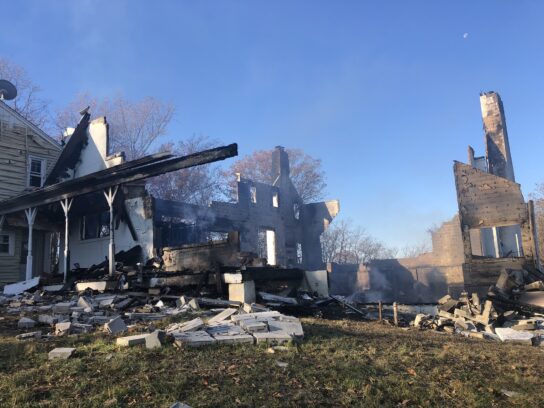 In an update to a Nov. 23 Poolesville house fire the caused over a million dollars worth of damages the cause has been revealed to be no other than snakes.

According to Chief Spokesperson for Montgomery County Fire & Rescue Service Pete Piringer, a homeowner tried to use smoke from coals to ward off a snake infestation. The owner got too close to heat-combusted material in the basement which ignited a fire that turned the house to smoldering rubble.

The 75 firefighters that arrived at Big Woods Road faced difficulties —besides the 25-degree weather— as the house was in a non-hydrant area and had a driveway 3/4 of a mile long. There were no injuries or deaths.

One thing remains certain according the Piringer, “status of snakes undetermined.”