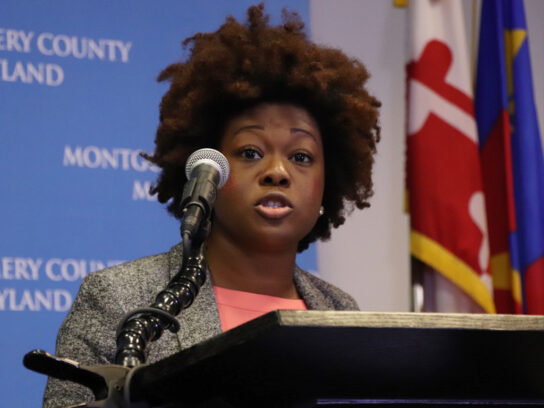 As of Thursday, a petition to reopen the investigation into the Montgomery County police officer, Anand Badgujar, who shot and killed an unarmed black man on June 11, 2018, has received more the 740 signatures.

MyMCMedia spoke to Del. Jheanelle Wilkins, who has publicly expressed her support for the petition. Wilkins called the investigation into Robert White’s death “flawed,” adding, “The Robert White case is really part of a pattern in Montgomery County.”

In April 2019, Montgomery County Police Department released a five page report determining the officer who shot and killed White was justified in doing so.

Capt. Tom Jordan, a spokesperson for MCPD, sent the following comments to MyMCMedia in an email when asked for comment about the possibility of reopening the investigation into White’s death: “We do not have a statement.  The case was investigated and then reviewed in by the Howard County State’s Attorney’s Office which is part of a longstanding procedure for officer-involved shootings.”

MyMCMedia reached out to County Executive Marc Elrich’s office for additional comment, but did not receive comment at the time of publication.