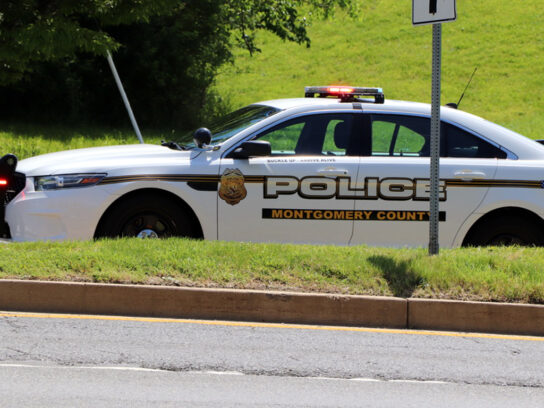 The Police Advisory Commission (PAC) held its annual public forum on Monday, Jan. 9. Traffic enforcement was the focus for the virtual meeting

Early in the meeting, Chairman Eric Sterling expressed frustration over the lack of attention given to their December 2021 report to the County Council. In that study, the PAC found current law enforcement traffic practices failed to meet basic standards of effectiveness, efficiency and equal enforcement. With this meeting, the PAC hoped to gather information to reinforce those findings.

Participation by members of the public from various areas of the county reflected similar concerns chiefly excess speed and overall aggressive driving.

One participant pointed to the lack of enforcement and asked the Commission to recommend police “ticket the hell out of this county.”

Chief of Police Marcus Jones pointed out the current personnel crisis within his department. “We are about 125 officers down…which is unprecedented for our department over the past few years.”

Sharif Hidiyat, a resident of Laytonsville, provided a chart seeming to show the ineffectiveness of speed cameras since 2009. It indicated no increase or decrease in accidents and fatalities in the years since the cameras have been installed.

Christopher Tippery, the County Director of Automated Enforcement, cited other statistics. His numbers demonstrated in 2016 more than half a million speeding violations were caught on speed cameras. In 2021 that number was less than a quarter of a million. As for redlight cameras, according to the enforcement agency, more than 70 thousand tickets were issued in 2016 versus a little more than 20 thousand in 2021.

Roger Viega represented the Silver Spring Justice Coalition.  He described the Coalition as dedicated to “reducing harm caused by police and empowering those communities that are most affected by policing.” Viega referenced discriminatory practices outlined in the December 2021 report. It found Black and LatinX people were three times more likely to be pulled over than White people.  To help put an end to racial profiling, the Coalition recommends a county law to limit the types of traffic stops police can make to those that appear to present a danger to the community.

According to the Commission, traffic enforcement activity by MCPD is the chief way the department interacts with residents. And with more than 100 thousand traffic stops a year it remains the predominant activity of police department personnel over all 6 county districts.