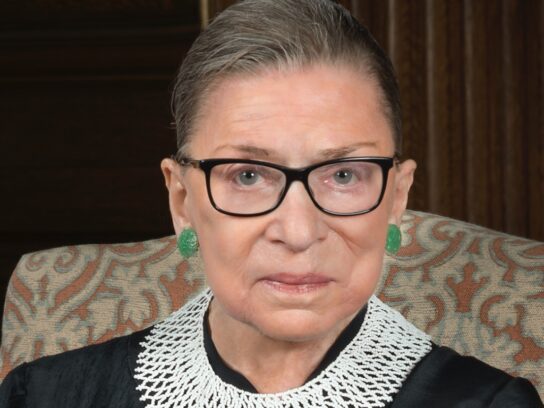 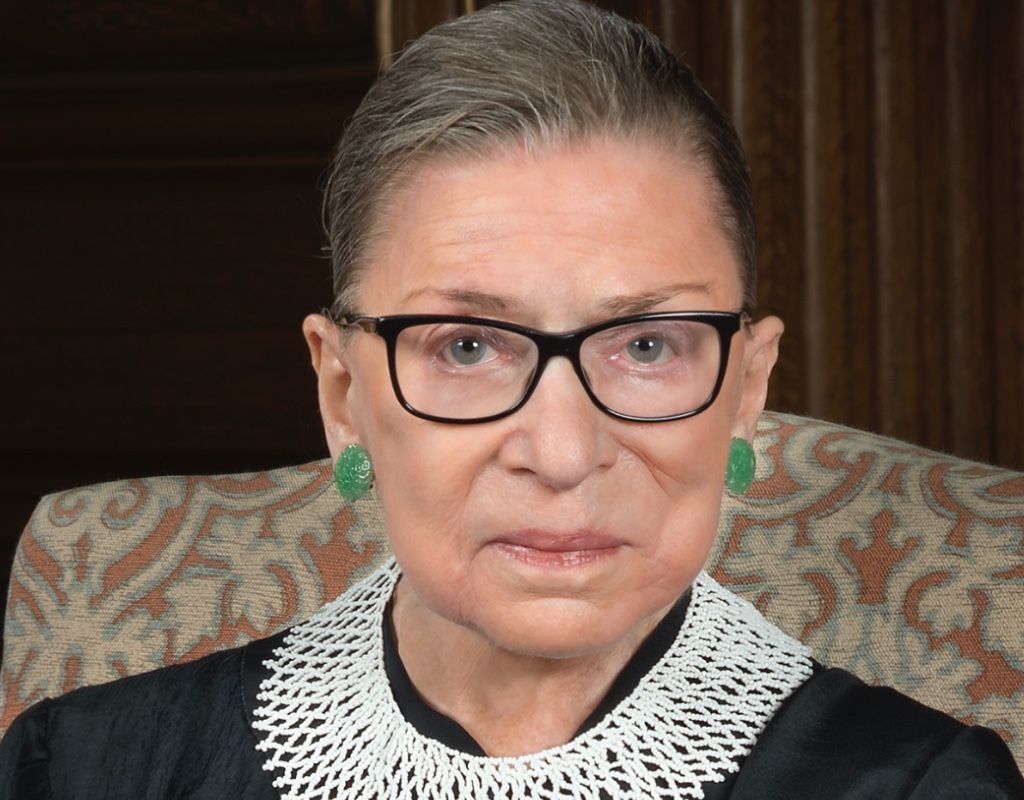 Tributes from leaders in Maryland are pouring in to honor Supreme Court Justice Ruth Bader Ginsburg. Ginsburg died this evening at 87 from “complications of metastatic pancreas cancer,” according to a statement from the Supreme Court.

Her death leaves a Supreme Court seat vacancy, weeks before the 2020 General Election.

NPR reports that Ginsburg dictated a statement to her granddaughter Clara Spera days before her death, which said, “My most fervent wish is that I will not be replaced until a new president is installed.”

Maryland Gov. Larry Hogan tweeted his condolences for Ginsburg: “Supreme Court Justice Ruth Bader Ginsburg was a revered jurist, a trailblazer for women’s rights, and a fierce advocate for justice. Throughout her 27 years of service on our nation’s highest court, and multiple battles with cancer, she displayed undaunted courage and resolve.”

Supreme Court Justice Ruth Bader Ginsburg was a revered jurist, a trailblazer for women’s rights, and a fierce advocate for justice. My full statement: pic.twitter.com/JC45buK7pI

County Executive Marc Elrich called Ginsburg “an icon,” tweeting, “Supreme Court Justice Ruth Bader Ginsburg was a trailblazer, and her presence on the Court will be missed. She leaves us a fairer, more just country. This is an incredible loss for all Americans. May her memory be a blessing for us all.”

America has lost an icon. Supreme Court Justice Ruth Bader Ginsburg was a trailblazer, and her presence on the Court will be missed. She leaves us a fairer, more just country. This is an incredible loss for all Americans. May her memory be a blessing for us all. pic.twitter.com/viOIYUKcpD

Here’s how Maryland’s representatives in the U.S. House and Senate have been paying tribute to Ginsburg on Twitter. In addition to tweeting condolences, U.S. Sen. Chris Van Hollen and U.S. Rep. Jamie Raskin have also commented on U.S. Senate Majority Leader Mitch McConnell’s recent statement, vowing to fill the Supreme Court’s vacancy with an appointee from President Donald Trump.

Words are insufficient to describe the loss to our country. Justice Ginsburg was a trailblazer, a jurist and a public servant. She set a standard of excellence that few will ever match. On this Rosh Hashanah evening, my prayers are with her family and all those who cherished #RBG

America has just suffered another terrible wound with the loss of Ruth Bader Ginsburg, an extraordinary Justice and before that a brilliant and dazzling lawyer. May her memory be forever a blessing to her family and her passion for justice be forever a light forward for America.

Appalling that on the night Justice Ginsburg died (Rosh Hoshanah!), Senate Majority Leader McConnell announces he will violate his own rule (and her express wishes) by rushing to replace her. A new low on a high holiday. https://t.co/4UO3xsZekV

This is a painful and devastating loss for our country. Justice Ruth Bader Ginsburg was an American hero, pioneer, and an inspiration to all. Our nation is so much better because of her courage and tireless fight for equality. Rest In Peace, RBG.

We know Trump and McConnell will put their interest over what’s good for the country, but at this grave moment for our country we need at least 4 GOP senators to commit to waiting to act on the Court until after Inauguration Day and seating of a new Congress.

June and I send our prayers and deepest sympathies to the family of Supreme Court Justice Ruth Bader Ginsburg, a champion for justice and all Americans. May her memory be a blessing.

Several Montgomery County Councilmembers have tweeted their condolences for Ginsburg.

Sending condolences to the family of Supreme Court Justice Ruth Bader Ginsburg. Her lifetime of advocacy for gender equality improved the lives of American women for generations. We will honor her legacy by working to create a more just & equitable society. Rest in power. #RBG https://t.co/j2qRzqAQE3

Tonight we lost a remarkable legal mind, a trailblazer, advocate, and an inspiring American hero. Ruth Bader Ginsburg served her country with honor and distinction and she will be sorely missed. My thoughts and prayers go out to her family. https://t.co/V8MZgGmisc

Heartbreaking news- May she rest in power knowing that she was a trailblazer for Justice and a role model for so many 🙏🏼😢 https://t.co/xwVExpfFcH

And may god bless the United States of America in the struggle to maintain her legacy of fairness, justice and equality.

This is almost too much to process. I pray for her family. Her legacy of strength and fight for equality has inspired generations. She now truly belongs to the ages. We must mourn today and vote tomorrow. https://t.co/1eGE5gq3tM

In Jewish tradition, it's said that the most righteous pass on #RoshHashanah Eve. That was #RuthBaderGinsburg. Icon. Inspiration. Baruch Dayan HaEmet.

May her memory be a blessing and may she Rest in Power knowing she’s empowered us to finish the work she started. Beginning now. pic.twitter.com/w0m5B355VG

Thank you for your incredible life and service, #RBG!https://t.co/XW28XiD7u7

All I'll say is that she passed on the last day of the Jewish year, a giant of American jurisprudence who fought for fairness, equality, and justice.

May she rest in peace and may her memory forever be a blessing https://t.co/t4HADlcS4V

Justice Ruth Bader Ginsburg was a great American jurist and powerful voice for justice. May her memory be a blessing to all Americans.

Truly heartbroken to hear about Justice Ginsburg’s passing. May her life and moral compass be a guiding light in the days ahead.

Rest in power to Justice Ginsburg, who lived a truly extraordinary life.

May her memory be a court packing.

She fought the good fight for us. Rest in Peace, RBG. https://t.co/8B40LG9Gyn

Well there it is. She hasn't even been laid to rest. Time to start calling @SenatorCollins, @CoryGardner, @SenMcSallyAZ, @SenThomTillis, @joniernst and the rest. Make them pay a political price for their hypocrisy. https://t.co/LiV1qeX6sJ