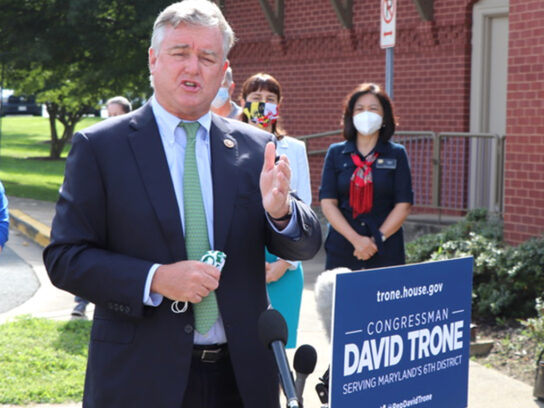 After months of negotiations, President Joe Biden announced Thursday that a bipartisan infrastructure deal has been struck between a group of Democratic and Republican senators.

According to Axios, “The deal will cost $1.2 trillion over eight years, or $974 billion over five years and offers more than $550 billion in new spending.”

President Biden emerges after meeting with a bipartisan group of lawmakers about an infrastructure deal:

“We made serious compromises on both ends … We’ll see what happens in the reconciliation bill and the budget process.” pic.twitter.com/IfhaTKeWKr

In addition to the bipartisan infrastructure package, Biden said he plans to sign onto a separate infrastructure package that includes items left out of the bipartisan package, related to childcare, clean energy, climate initiates, and more. This bill would be passed through reconciliation, which requires 51 votes to pass—making it easier for Democrats to push through a bill with a higher price tag, without the support of Republicans.

U.S. House Speaker Nancy Pelosi (D-Calif.) told reporters Thursday that the House would not pass the bipartisan infrastructure bill, unless the reconciliation bill passes in the Senate.

House Speaker Nancy Pelosi: "In fact, I use the word 'ain't.' There ain't going to be an infrastructure bill unless we have the reconciliation bill passed by the United States Senate." pic.twitter.com/L7zF73y0UR

U.S. Rep. David Trone (D), who represents Maryland’s sixth district, broke down the two infrastructure bills in an interview with MyMCM on Tuesday. He also discusses how the infrastructure initiatives can help residents in Montgomery County.

“[There will] a ton of money for roads, bridges, mass bridges, clean energy; all those dollars will flow through to Montgomery County. So it’s going to be a huge amount of job creation and dollars available here for the county,” Trone said.

“The bipartisan infrastructure framework that President Biden endorsed today is a historic opportunity for Maryland and for America,” Hogan said in a statement. “The only remaining question before us is whether Washington still has the will to put politics aside and to do what the American people are overwhelmingly demanding.”

My friend @GovLarryHogan said it best. This bipartisan agreement will help us fix the damn roads and make long term investments in our infrastructure. Let’s get it done. https://t.co/B8a44NwnH7

Hogan’s statement received the attention of Michigan Gov. Gretchen Whitmer (D), who testified before  the U.S. Senate Committee on Environment and Public Works, urging members of Congress to improve the country’s crumbling infrastructure.

“My friend @GovLarryHogan said it best. This bipartisan agreement will help us fix the damn roads and make long term investments in our infrastructure. Let’s get it done,” Whitmer tweeted. 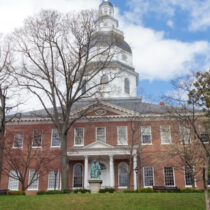