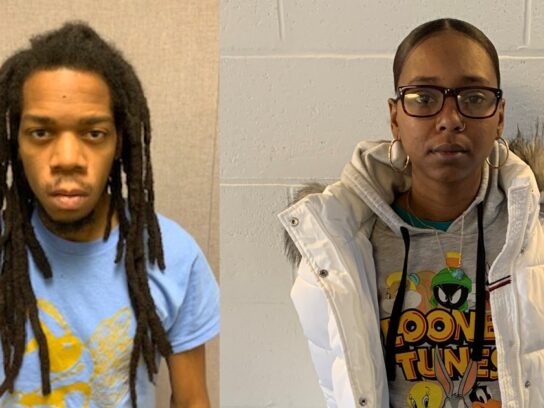 Brianna Zigler of Oxon Hill and Tyrone Lamont Jones of Capitol Heights were charged with armed robbery of an Apple store in the 4800 block of Bethesda Avenue in Bethesda.

The pair was charged in connection with the Oct. 22 robbery.

According to Montgomery County Police, Jones, 32, went to the store in a gold Cadillac. When he entered, he had a brief conversation with an employee about purchasing some merchandise. Jones then produced a semiautomatic handgun with a gold slide and an extended magazine and demanded those items.

The employee handed the merchandise to Jones, who left in the Cadillac. Jones was seen Nov. 3 driving that car in Prince George’s County, where police arrested him. Police officers searched the vehicle and said they found items they believe were connected to the robbery.

During the investigation, police identified Zigler, 27, as another suspect. On Nov. 22, she was arrested and later released on a $5,000 bond. Her preliminary hearing will be Dec. 16.

Jones is being held without bail. His preliminary hearing will be Dec. 12.