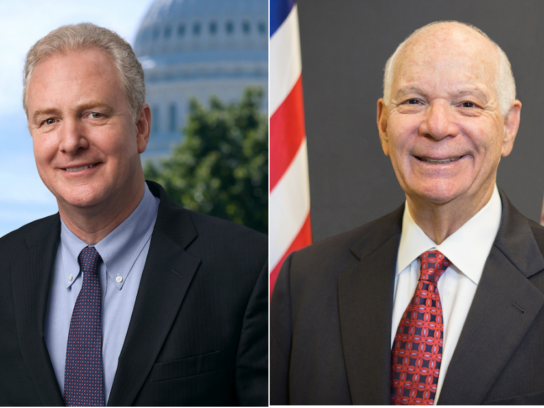 In a statement released shortly after the vote, Van Hollen wrote, “The evidence is clear. Donald Trump committed high crimes and misdemeanors against our nation in his incitement of the insurrection on our Capitol on January 6th. He violated his duty and oath of office to preserve, protect, and defend the Constitution – and in fact, his actions flew directly in the face of this most sacred responsibility. The overwhelming documentation provided by the House managers underscored this truth. That is why I voted to convict Donald Trump today.”

Van Hollen said he was “encouraged” that the final tally “was the largest bipartisan vote to convict a president in American history.”

Here are Cardin’s remarks from the Senate floor.

This trial proved Trump’s high crimes against the Constitution. 43 senators put Trump first and failed the test of history. But history was also made with the largest bipartisan majority ever voting to convict a president. The rest of the story is ours to write.

Everyone who was responsible for the insurrection on Jan. 6 should be held accountable, from those who broke into the US Capitol to Donald Trump, who clearly incited the violence. That is why I voted to convict him today.