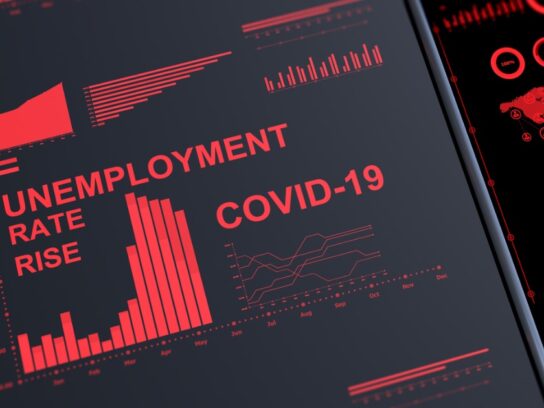 Initial claims for unemployment filed by Montgomery County residents tripled as compared to those filing at the start of the new year.