Officers from the Montgomery County Police Department and the Maryland-National Capital Park Police are investigating several incidents of antisemitic vandalism that occurred in Bethesda and Kensington on Sunday.

Police found antisemitic writing on the Bethesda Trolley Trail near Rossmore Drive and Fleming Avenue and also on the footbridge off of Rossmore Drive Aug. 7 at 6:46 a.m.

About two-and-a-half hours later, police went to St. Paul Park in the 10500 block of St. Paul Street in Kensington where they found an antisemitic poster.

As of Tuesday morning, no one had been arrested.

County Executive Marc Elrich issued a statement condemning the vandalism. “I am saddened, upset, and, quite frankly, disgusted over the racist vandalism that occurred near the Bethesda Trolley Trail this weekend.”

Gil Preuss, CEO of The Jewish Federation of Greater Washington, also issued a statement. “We are disturbed by Sunday’s discovery of antisemitic graffiti on the Bethesda Trolley Trail. These antisemitic and hateful symbols  have no place in our society. Our Jewish community will continue to stand strong and resilient in the face of hatred and antisemitism in all forms.”

Federation is working closely with our security team and @mcpnews to learn more about the incident and continue to keep our community safe. https://t.co/fDTnLawNV9 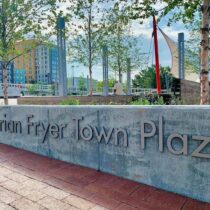 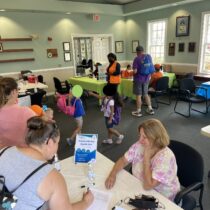