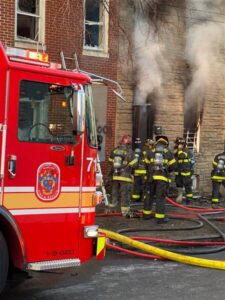 For the first time, the entire Baltimore City Fire Department (BCFD) was out of service Wednesday so every member could attend a service for three firefighters who died Jan. 24 while battling a vacant apartment fire.

Units “from all corners” of Maryland and Washington, D.C. covered calls Wednesday, according to the Baltimore firefighters’ union.

Thousands came to honor the fallen heroes, BCFD wrote on Twitter. Gov. Larry Hogan paid tribute to the firefighters during the service.

Baltimore, MD – First thing Wednesday morn while on the way to the Baltimore City ‘full-in’ Station assignment, @mcfrs PE715 (Burtonsville) came across a structure fire at 1303 Clearview Ave., East Baltimore, other BCFD & Mutual Aid units were on scene, fire is under control pic.twitter.com/BdnYMWOTNv

It was my honor to pay tribute today to the life and legacy of three of our true heroes—Lt. Paul Butrim, Lt. Kelsey Sadler, and Firefighter Kenneth Lacayo of @BaltimoreFire. May they rest in peace. pic.twitter.com/YiksQegnAD 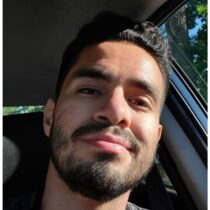