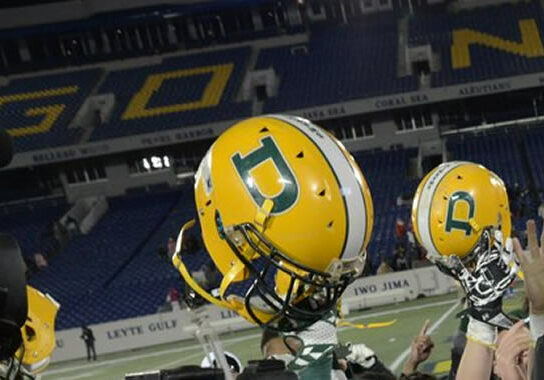 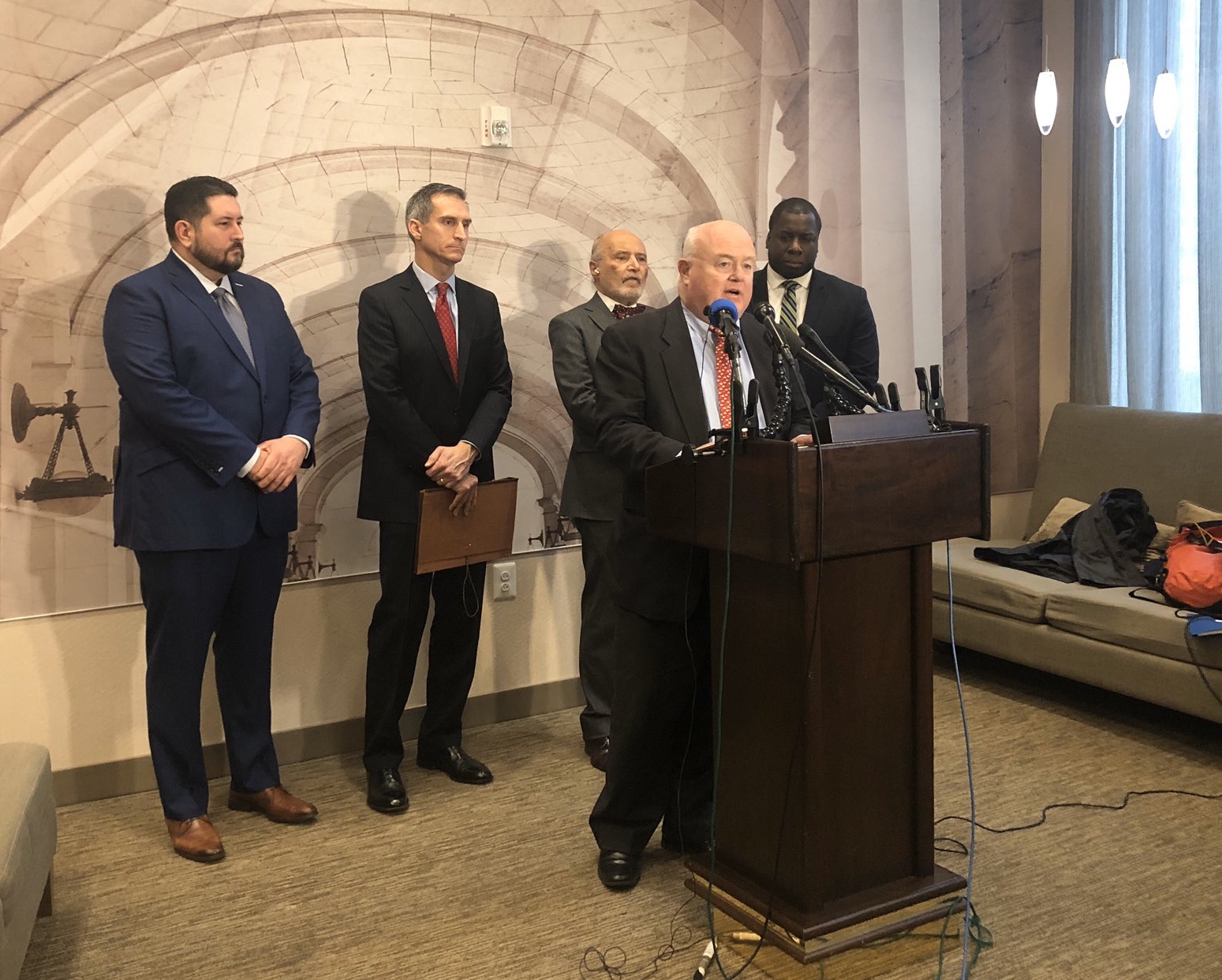 Four students who said they “were victims of vicious sexual assaults” in Damascus High School football locker rooms during 2017 to 2019 filed suit Thursday against the Montgomery County Board of Education and several Damascus school officials and coaches.

The 33-page and 31-page lawsuits detail the sexual assault incidents as well as an environment in which several people in authority did not intervene.

According to the filings, during Damascus’ 2017 football season, “numerous freshmen football players were raped, sexually assaulted, and/or battered with the boom or an attempted rape occurred with the broom.” The lawsuits claim that parents notified former Damascus junior varsity football coach Vincent Colbert about an incident that occurred in August 2017. Colbert notified former varsity head coach Eric Wallich, the lawsuits say. The lawsuits allege the victim was interviewed by the school resource officer, but the Board of Education didn’t notify the victim’s parents about the meeting.

The defendants named in the lawsuits include the Montgomery County Board of Education, former Damascus Principal Casey Crouse, Colbert and Wallich, and former Damascus Athletic Director Joe Doody.

In May 2019, Montgomery County Public Schools announced Crouse resigned as principal at Damascus; Athletic Director Doody was removed from his position but remains an MCPS teacher; JV coach Colbert was fired. On Jan. 17, Wallich announced he was stepping down as head coach of Damascus’ varsity football team after leading the team to its fourth state title in the last five years. Wallich is still employed by Damascus.

The three attorneys representing the victims are Tim Maloney a partner at Joseph, Greenwald & Laake, P.A.; Billy Murphy a partner at Murphy, Falcon & Murphy; and Tom DeGonia a partner at Ethridge Quinn. The two lawsuits allege “that coaches, teachers, and administrators knew about the Damascus High School tradition called ‘brooming’ wherein sophomore football players terrorized freshmen football players by threatening to, and at times forcibly sodomizing the younger players with a broom.”

The victims’ attorneys allege that MCPS was alerted by parents and other adults about sexual assaults that occurred in the junior varsity locker room, but MCPS failed to provide proper adult supervision to prevent the assault. Also, the attorneys say that MCPS officials, Damascus coaches and administration “knew about locker room sexual assaults at Damascus and other high schools in Montgomery County prior to the widely publicized October 31, 2018 event, but were wholly indifferent to them.”

MCPS released an external review in October conducted by the law firm of Wilmer Cutler Pickering Hale and Dorr (WilmerHale), which investigated the circumstances surrounding the alleged sexual assaults in Damascus’ locker rooms and looked into procedures for other after school programs. According to the external review, MCPS has enhanced “the after-school supervision planning process at high schools to provide greater clarity for coaches and activity sponsors creating supervision plans.”

The lawsuits come nearly five months after juvenile suspects pleaded to be involved in the attack, according to The Washington Post. However, because the defendants were juveniles, the charges the teens face aren’t clear.

DeGonia, Maloney, and Murphy spoke at a press conference in Rockville Thursday to announce they’ve filed the two lawsuits in the Circuit Court for Montgomery County on Thursday.

Maloney said part of the complaint had to do with one of the alleged attackers who he says had a violent past that MCPS was aware of but was still allowed to attend Damascus and play on the football team.

Murphy said the goal of the lawsuits is to seek justice for the victims.

“The school system cared more about the football team than they did about their most vulnerable students,” Murphy said.

MyMCMedia has received the following statement from MCPS:

Montgomery County Public Schools (MCPS) has received copies of two lawsuits stemming from the sexual assault in the boys’ locker room at Damascus High School on October 31, 2018. In the wake of the incident, MCPS undertook an internal investigation and commissioned an external review, the results of which have been shared with the community.  The lawsuits filed today raise a series of additional allegations about prior hazing and sexual assaults—many of which have never been reported to MCPS leadership.  We trust that the attorneys who filed the lawsuits have shared their allegations with law enforcement.  If they have not, we sincerely hope they will immediately share any evidence they may have uncovered so it can be fully vetted, as part of the State’s Attorney’s Office’s ongoing investigation.

It is important for the entire community to understand that the allegations in any legal complaint will be tested through an extensive process to determine whether they can be proven true.  While that legal process unfolds, we are committed to working together to respect the privacy, safety and well-being of all our students, families and staff.

Our thoughts remain with the students and families of the Damascus High School community as we engage in this latest phase of the legal process.

The lawsuits contain graphic descriptions of assaults and attempted assaults from 2016-2019 that some readers may find disturbing.

Email from Damascus Principal to Families

I am writing to inform you that a civil lawsuit stemming from the October 31, 2018, incident in the Damascus High School boys’ locker room will be filed later today. We anticipate that this will draw an increased volume of media attention to our school community. Please know that the DHS staff is here to support our students and we will enforce our standard safety and privacy protocols that keep media off property when students are on campus for the instructional day. Additionally, our counselors and psychologists are aware and prepared to support students as needed.

We remain committed to the safety of our students. I will share any additional information that will affect our school community when it is available.

Thank you again for your support for our students and school. Please do not hesitate to contact me with any questions or concerns.