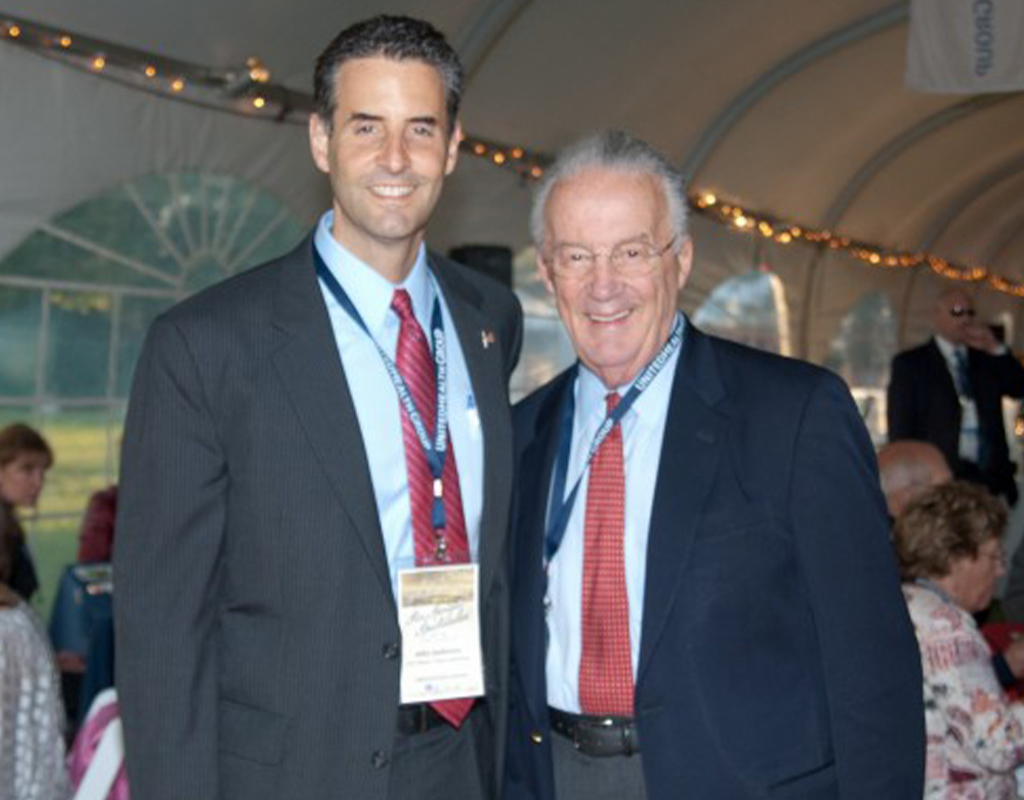 Paul Sarbanes, who represented Marylanders in the U.S. Senate for more than 30 years, died Sunday. He was 87.

The news was confirmed in a statement by Sarbanes’ son, Rep. John Sarbanes (D-Md. 3). The congressman said in the statement:

“My father, Senator Paul S. Sarbanes, passed away peacefully this evening in Baltimore.

Our family is grateful to know that we have the support of Marylanders who meant so much to him and whom he was honored to serve.

Following state, local and public health guidance amid the COVID-19 pandemic, our family will hold a private service in the coming days.”

John Sarbanes is known for co-authoring the Sarbanes–Oxley Act of 2002, which aimed to increase financial transparency for corporations.

Gov. Larry Hogan, whose late father was the only Republican in Congress to vote for all three articles of impeachment against Nixon in 1974, tweeted a statement, noting his father served alongside Sarbanes on the House Judiciary Committee during Watergate before Sarbanes was elected to the U.S. Senate.

Senator Paul Sarbanes was a sincere and passionate advocate for our state and its natural resources. Today, we mourn his loss and send our deepest sympathies to his family.

“Over his many decades of public service Sen. Sarbanes was a sincere and passionate advocate for our state and its natural resources,” Hogan said in a statement. “In memory of Sen. Sarbanes, I have ordered that the Maryland flag fly at half-staff on the day of his burial.”

Senator Paul Sarbanes’s 40 years of tireless service, as a member of the Maryland House of Delegates, the House of Representatives and the U.S. Senate, strengthened our nation and made a difference in the lives of countless Americans.

“Senator Paul Sarbanes’s 40 years of tireless service, as a member of the Maryland House of Delegates, the House of Representatives and the U.S. Senate, strengthened our nation and made a difference in the lives of countless Americans,” Pelosi said.

U.S. Sen. Chris Van Hollen of Maryland (D) issued a statement, morning “the loss of the son of Greek immigrants who rose from humble roots on Maryland’s Eastern Shore to make an important and lasting impact on our entire country and help millions of his fellow Americans.” Van Hollen called Sarbanes a “role model.”

From humble roots to the U.S. Senate, Paul Sarbanes made a big, positive difference in the lives of all—from protecting the Chesapeake Bay to affordable housing to consumer protection. He was a role model for me and many others. Condolences to his entire family. pic.twitter.com/iOmKYVtgQ5

Several other federal, state and local elected leaders took to Twitter to pay their respects to the late senator.

My condolences to the entire family of @RepSarbanes on the loss of former Sen. Paul Sarbanes, who passed away yesterday – a great leader and friend of @MontgomeryCoMD who fought for the Chesapeake Bay, securing FDA campus support, Glen Echo's renovation, and more. He is missed. pic.twitter.com/Q66yCVcNQu

Maryland mourns the loss of an incredible public servant and champion of the #ChesapeakeBay w/the death of Sen. Paul Sarbanes. He set new, needed standards for transparency and good governance. @RepSarbanes our thoughts are with your entire family. https://t.co/k3O7MfK24b

Putting service over showmanship, he was a leader of the first order, from cleaning the Chesapeake Bay, to the House Judiciary Committee during Watergate, to corporate regulatory reform to innumerable acts of kindness to his colleagues and constituents.

Saddened by the loss of our great former Senator Paul Sarbanes, a leader of surpassing decency and integrity. Hie memory will be a blessing not only to his family but our state and nation. https://t.co/Kc5Lfcw6a3

My condolences to the entire family of @RepSarbanes on the loss of former Sen. Paul Sarbanes, who passed away yesterday – a great leader and friend of @MontgomeryCoMD who fought for the Chesapeake Bay, securing FDA campus support, Glen Echo's renovation, and more. He is missed. pic.twitter.com/Q66yCVcNQu

What an incredible loss. Senator Sarbanes was a kind and decent public servant who fought with all his heart to help residents across Maryland. My condolences to @JohnSarbanes and his family. https://t.co/vbnLipysvp

.@ricepolitics My deepest sympathy to the family, friends, and love ones of The Honorable Senator Paul Sarbanes longtime who championed the protection of @chesbayprogram and for his numerous other accomplishments in the @USSenate ….@Paulsarbaneshttps://t.co/COd8lGqB4M… pic.twitter.com/bwIg9d3ybw

Senator Paul Sarbanes was a towering figure in Maryland politics. He was the ultimate statesman and embodied the true essence of public service. What a tremendous loss for our state and our country. My deepest condolences to @RepSarbanes and their family.https://t.co/3WOpeQYBM3

What a loss. Paul Sarbanes was a tremendous public servant and a great Marylander. My thoughts are with @RepSarbanes and the entire Sarbanes family. https://t.co/NRsuhDdCke

RIP Senator Paul Sarbanes. This is a pic from his first appearance (I think) in the Maryland Manual from 1967. h/t @MdArchives pic.twitter.com/n73p1hTIjM

MD lost a great public servant last night with the passing of Sen. Paul Sarbanes. Jenny and I join countless others in extending our deepest sympathy to ⁦@JohnSarbanes⁩ and the entire Sarbanes Family. https://t.co/B3i60Gs29o

Sen. Paul Sarbanes & Gov. Harry Hughes were two of Maryland's leaders I most admired as I was beginning my political career. Now, they are both gone, but their legacies live on and enhance our state. pic.twitter.com/hbyNQuclhN