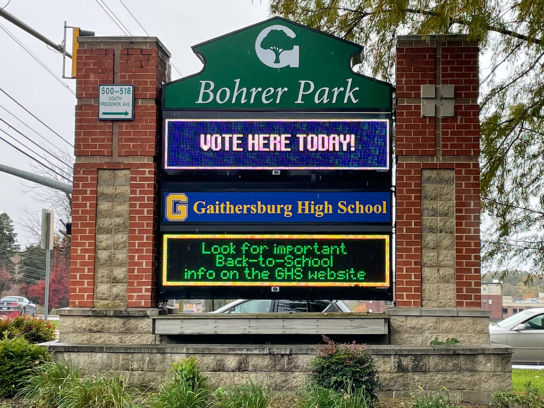 The City of Gaithersburg has announced the unofficial results for its municipal election for mayor and two council member seats.

The races show that incumbent Jud Ashman will be reelected as the city’s mayor, a position he’s held since 2014; Jim McNulty, creative director at Gigawatt Group, and Lisa Henderson, program director for Montgomery County Government, will be elected to the city’s council.

The city’s unofficial election results show Ashman poised to defeat challenger Stephen Escobar, a member of the Mayland Army National Guard, by a 62% margin. Unofficial results show that of five candidates vying for seats on the council, McNulty and Henderson have received about 56% of the vote.

McNulty and Henderson would join the five-member city council, taking the seats of Council Members Michael Sesma and Laurie-Anne Sayles, both of whom chose not to run for reelection. Sesma is stepping down after 16 years on the council. Sayles is running for an at-large seat on the county council in the Democratic primary on June 28, 2022.

Thank you so much to everyone who supported our campaign! I’m so excited to get to work for our great city! https://t.co/OK1RHB9Po3

Both McNulty and Henderson have acknowledged the unofficial results on their Twitter accounts and thanked voters.

McNulty tweeted, “Thank you so much to everyone who supported our campaign! I’m so excited to get to work for our great city!”

Henderson tweeted, “To God be the glory! Thank you to the residents of Gaithersburg for your confidence and to all the candidates for running such honorable campaigns that made this journey incredible. Congratulations @judashman and @jimmcnulty.”

To God be the glory! Thank you to the residents of Gaithersburg for your confidence and to all the candidates for running such honorable campaigns that made this journey incredible. Congratulations @judashman and @jimmcnulty https://t.co/BfxxJnY8qf

According to the unofficial results, as of Nov. 2, “4,557 ballots were cast, 2,946 of them by mail and 1,611 at the polls.” Mail-in ballots must have been dropped in ballot drop boxes or postmarked by Nov. 2 for receipt at Gaithersburg City Hall by Nov. 4.

The city government says in the 2019 Gaithersburg municipal election, only 6.54% of registered voters turned out to vote for three council seats—all of which were uncontested.

Results are not official until certified by Bd of Supervisors of Elections on 11/9. Elected candidates to be sworn in on 11/15.https://t.co/LdrVhYjaEh pic.twitter.com/PoOu2T4wkH

Gaithersburg’s Board of Supervisors of Elections will meet Nov. 9 to review mail-in and provisional ballots. The city’s official election results will be announced Nov. 10.

Newly elected officials will be sworn in on Nov. 15 at 7:30 p.m. at a virtual Special Session of the Mayor and Council meeting. Ashman and the two new council members will serve a four-year term. 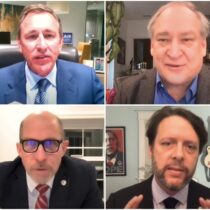