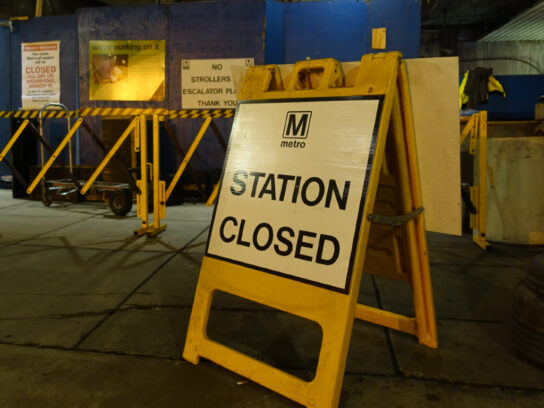 No one likes roadwork construction delays especially if it clogs up the arteries in the heart of a city like the Baltimore Road closure in Rockville. And it appears Metro construction is not immune to delays either as the Rockville and Shady Grove Metro stations will now be closed an additional month until Jan. 11, 2022.

This new delay was announced by the construction company performing the canopy and platform improvements at both stations, Schlosser Company Incorporated.

“Due to unforeseen conditions, the project to replace the Rockville Metro Station Canopy Structure has been delayed until early 2022. W.M Schlosser Co. will continue to have a lane closure setup for WMATA and Ride On busses to be directed into the Rockville Station parking lot throughout the duration of the Canopy Replacement Project which was originally scheduled from September 11 through December 4, 2021. The current anticipated end date for the completion of work is January 11, 2022.” 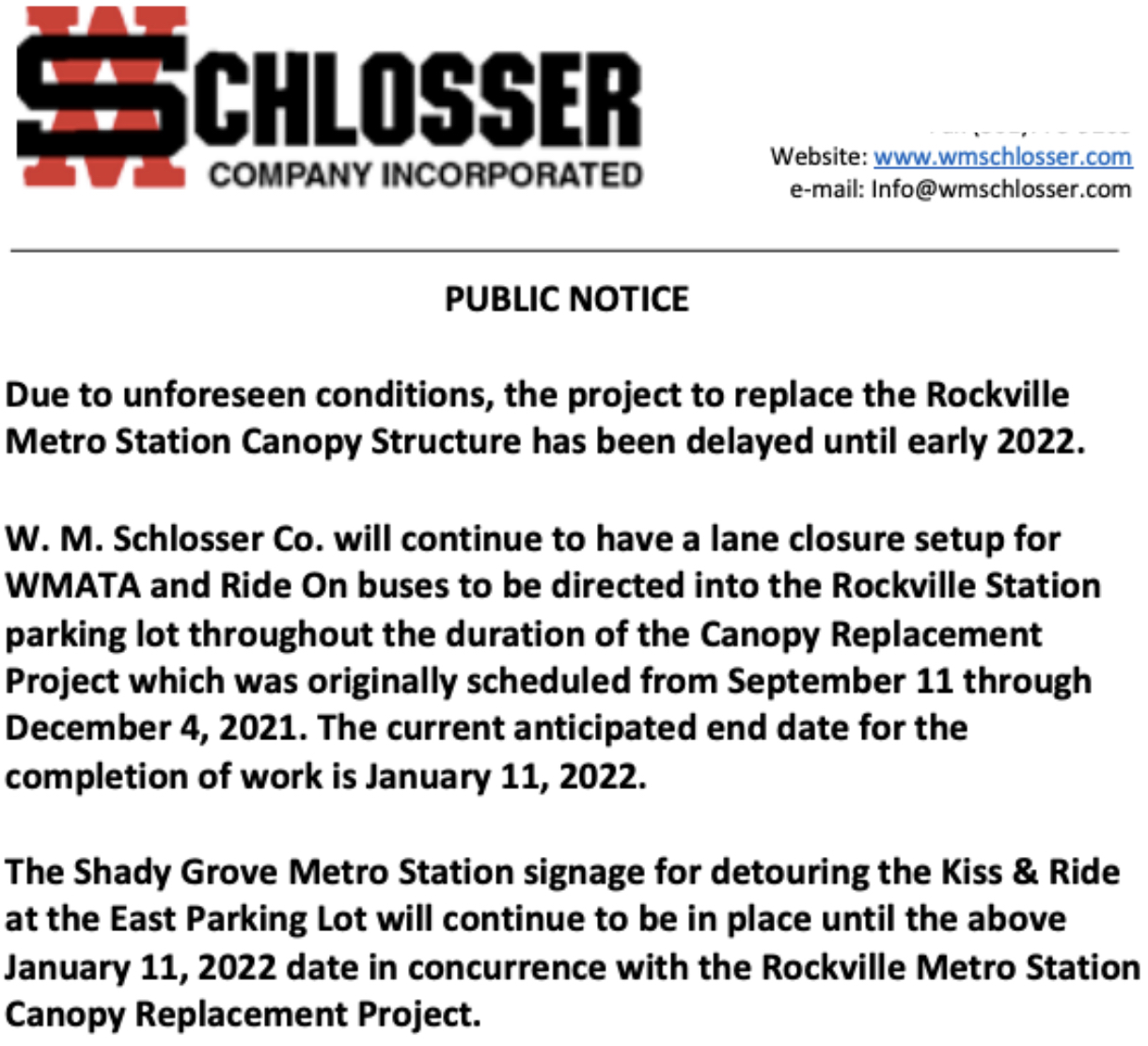