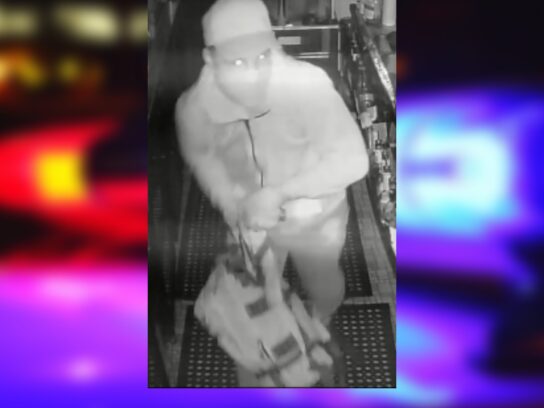 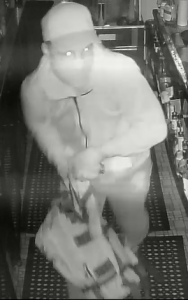 Detectives with the Montgomery County Police Department are investigating a burglary at a restaurant in Gaithersburg. Items were stolen from Hershey’s Restaurant located on the 17000 block of Oakmont Avenue on March 26.

Surveillance video shows that a male suspect cut the screen on the deck of Hershey’s Restaurant shortly before 2:00 a.m., and then broke glass on a door that led to the inside of the building. After entering, the suspect is shown stealing liquor bottles that were stored in the bar area. Police are asking for the public’s help in identifying the suspect in the video shown below.

Anyone with information regarding this suspect or this burglary is asked to call  240-773-5770. Those who wish to remain anonymous may call Crime Solvers of Montgomery County toll-free at 1-866-411-TIPS (8477). Officials say Crime Solvers will pay a cash reward of up to $10,000 for information that leads to an arrest in this case.