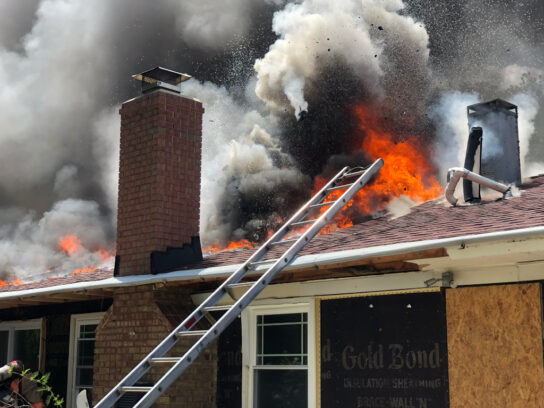 Two adults were displaced on Monday after a house fire on the 14200 block of Burning Bush Lane. The house is located off of Rippling Brook Drive near the Strathmore at Bel Pre Road. No injuries occurred.

Montgomery County Fire and Rescue (MCFRS) was notified of the fire around noon after workers in the area saw fire in the attic. Officials encountered fire and smoke coming from the roof of the rancher style home after arrival.

According to MCFRS Chief Spokesperson Pete Piringer, the fire started in the attic above the kitchen due to a fault in the electrical system’s aluminum and copper wires.