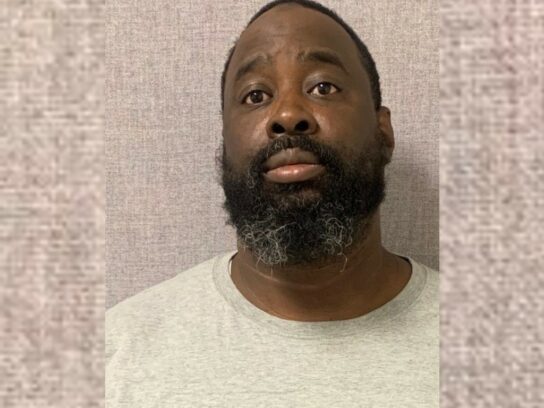 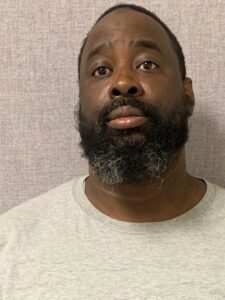 A Hyattsville man was arrested for a 2003 home invasion robbery in Silver Spring in which suspects threatened and bound a family with duct tape, including two children, the Montgomery County Police Department (MCPD) said Tuesday.

Stacy Howard Moore, age 48, was arrested on warrant on April 22 in Hyattsville and is being held without bond, MCPD said in a statement. Investigators determined that around 6 p.m. on Jan. 22, 2003, a 31-year-old male approached the front door of his apartment on the 9100 block of Piney Branch Road when he was confronted by three suspects, according to police. MCPD said the suspects identified themselves as police and two had handguns. They threatened the male and forced their way into the apartment, police said, and the male’s 28-year-old wife, 7-year-old son and 5-year-old daughter were inside. MCPD said the suspects bound the family with duct tape, stabbed the husband, poured bleach on him, heated a knife on the stove and pressed it on his neck, threatened to cut his eyes out and threatened to shoot the children.

Police said that at about 8:30 p.m. that night, the husband’s 22-year-old brother entered the apartment and the suspects assaulted him, duct-taped and poured bleach on him and stole property before leaving. The family freed themselves and called 911.

At the scene in 2003, MCPD detectives found the suspects used socks in the apartment to cover their own hands. Police said the socks were collected along with other evidence, and on March 22 of this year, the MCPD Crime Laboratory was notified that a DNA sample from a sock matched Moore’s DNA.

According to MCPD, investigators determined Moore has no association to the victims.

Investigators obtained an arrest warrant on April 2 and Moore was arrested April 22, MCPD said. According to online case records, he is charged with first-degree burglary, use of a handgun during a felony, three counts of armed robbery, five counts of first-degree assault and five counts of false imprisonment.

MCPD says it continues working to find the other two suspects. The department asks anyone with relevant information to call the Major Crimes Division at 240-773-5100.