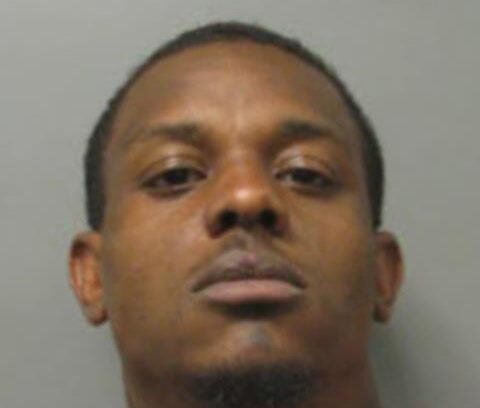 Wall, 30, will be sentenced Jan. 10. The nephew of former Washington Wizards’ star John Wall faces a maximum of 40 years in prison on the attempted murder charge and an additional 20 years for use of a handgun in a violent crime in connection with the Aug. 8, 2019 incident in Germantown.

Deliberations began Wednesday at 4 p.m., the seventh day of the trail, and ended mid-afternoon the following day.

According to court and police records, Wall allegedly shot at the car after the driver cut him off on Crystal Rock Drive at about 7:30 p.m.

According to testimony during the trial, the driver, who was 17 at the time cut off Wall two times. Wall threw a sticky substance at the victim’s car. 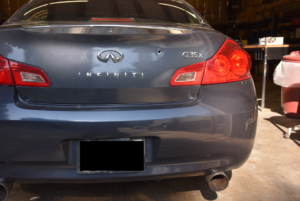 A bullet hole can be seen on the right section of the trunk.

During testimony it was revealed that Wall returned to his car and retrieved a loaded gun and then shot at the car, Assistant State’s Attorney Gordon King said during closing arguments. “He armed himself in preparation for the confrontation,” King said.

“Firing a weapon in a neighborhood in the middle of the day over a matter of pride or disrespect is inexcusable. This act of violence stemming from road rage led to a young woman nearly losing her life. We thank her for her courage in participating in the trial and look forward to a lengthy prison sentence for D’Andre Wall,” said Montgomery County State’s Attorney John McCarthy.

During closing arguments, King told the jury, “He [Wall] was insulted. He was angry.” He also said, “There was this punk kid, 17 years old…who made him look ridiculous.” King added, “The defendant had enough. He was not going to be insulted.”

Also during the trial, text messages between D’Andre Wall and his uncle John Wall were displayed. Although partially blacked out, one message included D’Andre Wall saying he “coped” a Colt 45 that he meant to show his uncle. Another read, “imma send a pic jus delete right after”

The messages were between “local user” and “pacman” according to court records.

After learning Wall had been found guilty, DePaula said during a virtual interview with MyMCM that she wished that he had apologized, “but I never got that ever.”  She urged people not to argue with strangers and to always control their temper. “It’s not worth it. You never know who has a weapon.”

She has physical therapy daily and, after originally being told by her doctor she would never walk again, now uses ankle braces and a walker to get around as well as a wheelchair. 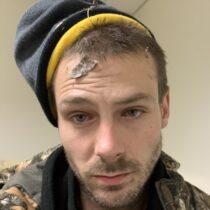 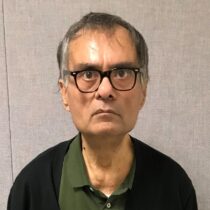