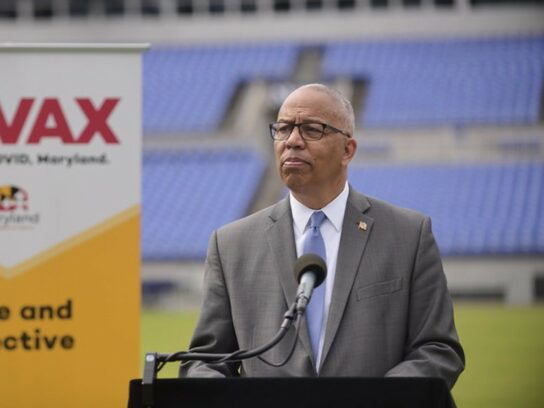 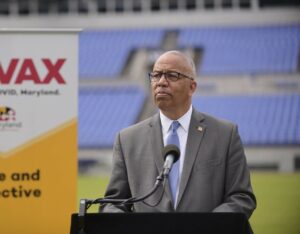 Maryland Lt. Gov. Boyd Rutherford (R) will not run for governor in 2022, he announced Wednesday.

“This was a decision that I made with my family’s best interest in mind,” Rutherford said in a statement.

“I greatly enjoyed my time as Lieutenant Governor over the last six years and I am looking forward to what we can accomplish with the time we have left in office. Thank you to all who have expressed their support for me to run.” Gov. Larry Hogan (R) is term-limited and cannot run for governor again. Rutherford was first elected with Hogan in 2014; they were reelected in 2018.

After Rutherford’s announcement, Hogan said the two will continue working hard for the rest of their term.

“Boyd Rutherford, my friend and partner in government, is a dedicated public servant and a passionate advocate for the people of Maryland. He and I will continue to work hard together for the next 20 months to change Maryland for the better,” Hogan said.

A statement on my decision not to run for Governor of Maryland. pic.twitter.com/VwJ1lybzgN

Boyd Rutherford, my friend and partner in government, is a dedicated public servant and a passionate advocate for the people of Maryland.

He and I will continue to work hard together for the next 20 months to change Maryland for the better. pic.twitter.com/HiYmvSRJB8

Also Wednesday, Maryland Commerce Secretary Kelly Schulz (R) announced her run for governor. She was appointed Secretary of Commerce in 2018 and was formerly Secretary of the Maryland Department of Labor, Licensing and Regulation (DLLR).

“Too many families and small businesses are still struggling to make ends meet,” Schulz wrote in a statement on her campaign website. “Across our state, businesses large and small are still reeling after months of closures and restrictions brought on by the pandemic. I’m running for governor so we can continue to build upon all of our past successes and fulfill the great promise and potential of our state.”

Today, I'm proud to announce my candidacy to be the next Governor of Maryland. Learn more about me and our campaign at https://t.co/Baf9Jzd572 pic.twitter.com/cLJxPHO7wH

Maryland Comptroller and Takoma Park resident Peter Franchot (D) announced his run for governor in January 2020. This February, MyMCM spoke with Franchot to get an update on his campaign.

Bethesda resident and Democrat Jon Baron, vice president of a Texas-based philanthropy, announced his run in March. Before that, Baron founded and led a nonprofit for 14 years. He worked for the Department of Defense during the Clinton administration and was appointed to commissions by former presidents George W. Bush and Barack Obama. Other leaders, like former Democratic National Committee (DNC) Chair Tom Perez, have also publicly expressed interest in entering the race. Perez previously served as a Montgomery County Councilmember from 2002 to 2006.

Former County Executive candidate Robin Ficker is running as a Republican. He wants to roll back taxes for Marylanders and said that cutting the sales tax by two cents would give more than $1 billion back to residents, which would bring more businesses to the state. 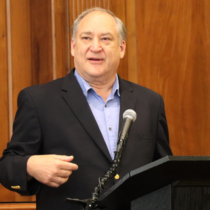