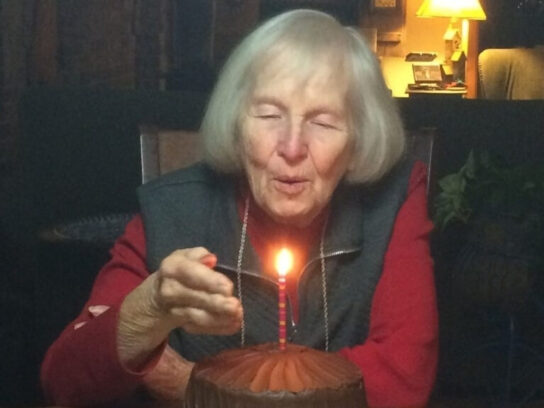 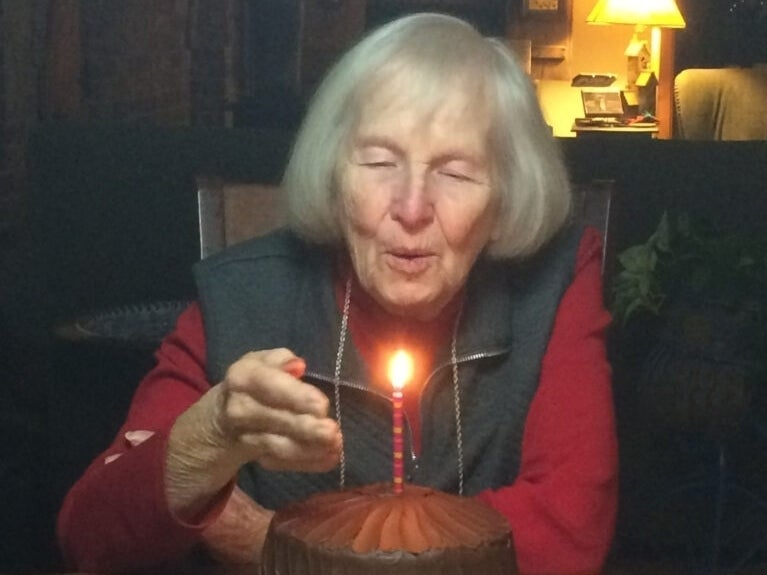 Shirley Brown Butler, whose family owns Butler’s Orchard in Germantown, died Sept. 10 at the age of 91. She died peacefully at home surrounded by her family during pumpkin picking season.

Mrs. Butler grew up in Silver Spring and attended Montgomery Blair High School. She earned a bachelor’s degree in mathematics at Penn State University and worked at Johns Hopkins Applied Physics Lab after graduating, according to her obituary from Molesworth-Williams P.A. Funeral Home in Damascus.

She married George H. Butler, Jr. on Dec. 30, 1950. Together they purchased 37 acres that included 17 acres of peach trees and a circa 1850s log house in Germantown. This became the start of what is now the fourth-generation family-owned orchard, that is best known for allowing people to pick their own fruits, vegetables and flowers.

She was born on Dec. 20, 1928 in Washington, D.C. and was the youngest of three children. Mrs. Butler had four children, three of whom became partners in the business, which is now in its 70th year. It has expanded to more than 300 acres.

According to her obituary, “Shirley had a true passion for Butler’s Orchard and never really retired. The business represented her love for growing fruit, flowers and vegetables as well as nurturing young people – often giving them their first job in life.”

She often was seen around the orchard in her golf cart with her dog, Dakota. She and her husband were known as pioneers of the Pick Your Own Fruit business and have been welcoming customers since the 1950s.

Besides the farm, the family spent time at Branch Lake in Ellsworth, Maine and Bethany Beach, Delaware.

Her husband, George, died in 2000. One son, Todd, died in 2010. She is survived by her three other children and many grandchildren, nieces, nephews and cousins.

A memorial service in her honor will be held at Butler’s Orchard, at a date that has yet to be announced.