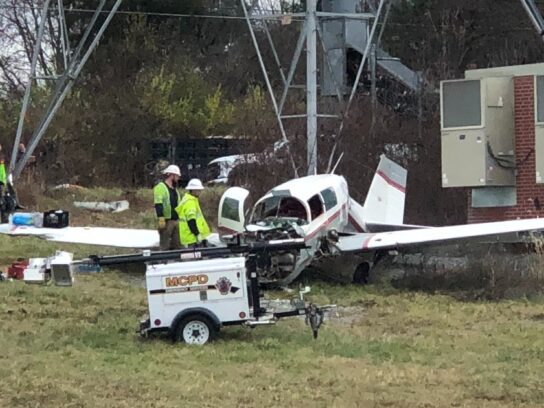 Investigators are working on the logistical plan to examine the wreckage and expect to move the aircraft to an offsite facility by Tuesday night, according to NTSB Spokesperson Sarah Sulick. NTSB investigators will consult with experts from within the agency and externally with the Federal Aviation Administration (FAA), state/local authorities and aircraft manufacturers.

“The investigation will look at factors within three investigative areas: The pilot, the aircraft and the environment. This will include steps such as interviewing the pilot and the passenger as soon as they have recovered and are in a stable condition; looking at the aircraft’s maintenance records and history; and gathering reports of the weather and air traffic surrounding Montgomery Airpark (GAI) at the time of the accident,” Sulick wrote in an email to MyMCM on Tuesday.

A preliminary report can be expected in two to three weeks, to contain all factual information gathered until that point.

The final report can take one to two years to be completed. The probable cause of the crash and any contributing factors will be part of that report.

NTSB is investigating yesterday's crash of a Mooney M20J in Gaithersburg, Maryland. 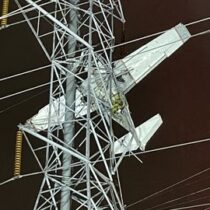 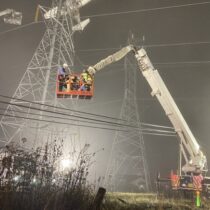 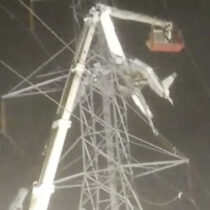