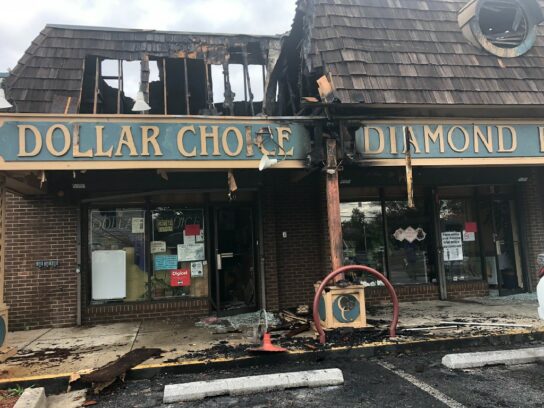 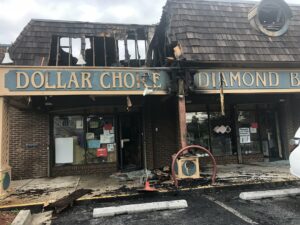 Gaithersburg Police (GPD) and Montgomery County Fire and Rescue Service (MCFRS) are investigating five fires and a commercial burglary that occurred around 1-2 a.m. Thursday morning, GPD said in a release.

The “suspicious situations” happened in the Gaithersburg and Montgomery Village areas, police said. GPD asks anyone with information to call the Investigative Section at 301-258-6400 or MCFRS Fire and Explosive Investigators at 240-777-2263.

At 1:30 a.m., GPD responded to an alarm at Jewelry Exchange of Maryland on North Frederick Avenue. Police said suspects entered and took jewelry. At the same time, MCFRS responded to Divot Place for a reported shed/fence fire at the back of a house. Structure damage is estimated to cost about $30,000, MCFRS Chief Spokesperson Pete Piringer wrote on Twitter.

About five minutes later at 1:35 a.m., fire rescue personnel responded to Dellcastle Road for a reported garage fire, police said. Piringer said two people in the home were not aware of the fire and were safely removed. Damage is estimated to cost about $150,000.

At 1:42 a.m., MCFRS went to Watkins Station Circle for a reported car fire. Police said the car was reported as stolen and the incident is being investigated as arson.

Finally, at 2:01 a.m, firefighters responded to a reported fire at the Galanis Shopping Center on East Diamond Avenue which law enforcement is investigating as arson. Structure damage is estimated to cost more than $100,000, Piringer said, and damage to contents is an estimated $80,000.