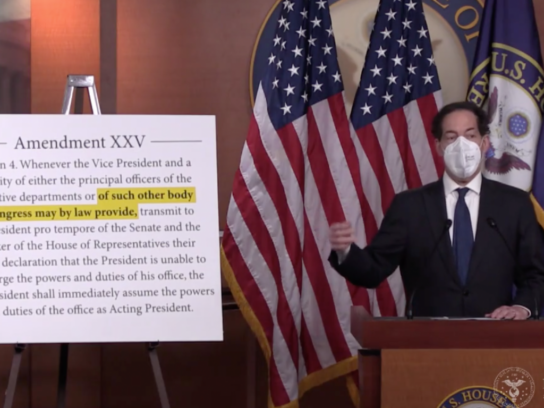 The bill, which is related to the 25th Amendment of the U.S. Constitution, aims to establish a bipartisan commission in the event that a president would become incapacitated in such a way that would prevent them from determining that their presidential powers need to be transferred to the vice president.

“It’s not about the election at all,” Pelosi said, in regards to whether the legislation was aimed at removing President Donald Trump—who announced Oct. 2 that he tested positive for coronavirus.

Raskin said Trump’s current health situation—and the pandemic in general—has set up a need to establish a system that allows Congress to act if there was a dire health situation to happen with the present. Pelosi said this legislation isn’t about implementing the 25th Amendment–it’s about a process for Congress.

“We’ve got to think of this in constitutional terms,” Raskin said. It’s about setting up a process for a bipartisan commission that can make these constitutional judgments down the road, he said.

Here’s What Happened at Pelosi, Raskin News Conference — In Tweets

Here’s a summary of the press conference from Friday morning in the form of tweet:

.@SpeakerPelosi says we are reminded of the 25th amendment because of the health of President Trump.

The legislation would create a bipartisan commission to evaluate a president's fitness for office.

"The 25th Amendment is designed to guarantee the peaceful transition of power in our country," @RepRaskin says. @mymcmedia

"What happens if the president–any president–ends up in a coma or on a ventilator?" @RepRaskin asks. He adds, what if this happens and the president refuses to transfer powers to the VP?@mymcmedia

"It can act only in concert with the vice president," @RepRaskin says.@mymcmedia

Pelosi said if a president would become incapacitated–i.e. getting a stroke–they may not be able to make the determination to transfer power.@SpeakerPelosi said the legislation is about setting up a process for a situation like this.@mymcmedia

"It's not about the election at all," @SpeakerPelosi said. "The timing is for now because people want to know–we have to give some comfort to people that there is a way to do this, very respectful, not making a judgment…on behavior we do not like."@mymcmedia

"Our forbearers who wrote the 25th Amendment gave us the tools that we need to deal with these types of crisis," @RepRaskin said. @mymcmedia

A reporter asks if Pelosi is suggesting Trump has "an altered state of mind." 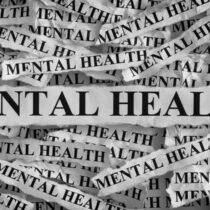