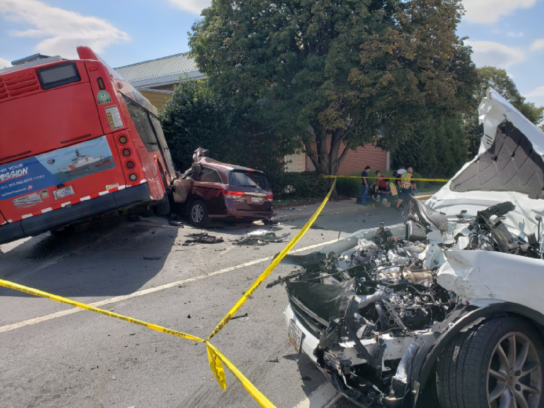 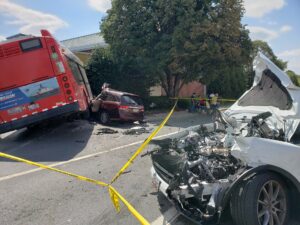 MCFRS responded to Rockville Pike and Congressional Lane around 12:20 p.m. to the rollover collision involving the bus and multiple vehicles, Chief Spokesperson Pete Piringer wrote on Twitter. Six people were evaluated for injuries and four were sent to the hospital, including three trauma patients, Piringer said. He said one child was injured in the collision.

MCFRS are on the scene of a collision with multiple injuries involving a @WMATA Metro Bus and several vehicles at Rockville Pike at Congressional La. 6 pt. being evaluated at leat 2 have serious NLT injuries. @mcfrsPIO pic.twitter.com/4rsNL5tJVI