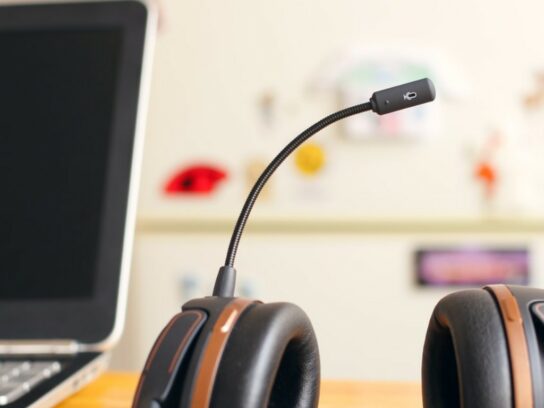 In Montgomery County, residents are abandoning hundreds of 311 calls per day on average, according to county personnel.

311 is the customer service number for the county. Residents can get information about government services and other related topics. At a Government Operations and Fiscal Policy (GO) committee meeting, members were frustrated that the county still has not gotten a grasp on the influx of calls coming in since the COVID-19 pandemic began. Call volume has increased by about 15% to average about 1,500 calls per day, according to Shayna Taqi with the Department of Technology Services (DTS).

About 700 calls on average are abandoned per day, which means residents hang up before receiving service. According to a memo from council staff, data from Nov. 2 shows that the 311 call abandonment rate was about 52% and that the average wait time was about 22 minutes. The memo says the data was taken from a Monday shift during peak call hours and when staffing is often low.

“Candidly, when people are hanging up on half of the calls, that’s called failure,” said Committee Member and County Council President Sidney Katz. “I mean, there is no business in the world that would say ‘that’s a good system.’”

Taqi said calls are seeing a 30% average abandonment rate during the pandemic, compared to a 2-3% rate pre-pandemic.

The average wait time for a caller before the pandemic averaged under one minute; now it averages over 7.5 minutes. The complexity of requests is also increasing and so calls take longer to complete, Taqi said.

Committee Chair Nancy Navarro said it’s not just traditionally marginalized groups like non-English speakers or those with low incomes who are suffering from 311 issues.

“It’s everybody. What we’re hearing from our constituents is that it’s everyone. That the wait times are just way too high, that the people who are abandoning the call, that rate is just way too high,” Navarro said.

As short-term solutions, DTS is working with Health and Human Services (DHHS) and Permitting Services (DPS) to streamline calls. DTS is also working to simplify department websites and the 311 site so residents can more easily take the self-service route. The county is also developing an online chatbot to pilot within the next two months that would automatically respond to frequent questions. Brian Roberts, Acting Manager for MC311, said the county is writing scripts for recorded phone messages that residents can also use in order to take the self-service path and help alleviate staffing needs.

Thread: A council committee met to discuss 311 call performance. Since the pandemic began, call volume increased by about 15% to average about 1,500 calls per day, said Shayna Taqi with Tech Services.

On average almost 700 calls have been abandoned per day since May. @mymcmedia pic.twitter.com/DENmvoJp7X

Barry Hudson, director of the county’s office of public information, said 20 employees on administrative leave are expected to join the 311 force. A group of them is already getting set up with necessary technology like laptops. They’ll be trained faster than usual to specifically take solid waste, trash and recycling calls, which come in at a pretty high volume, Roberts said.

There are currently 39 staff members designated to 311, not including the 20 who will be trained. Two are on leave, and in general about 30-31 employees work per day. That is normal, with people taking days off for whatever reasons, Hudson said.

“Our issue is no bench. We don’t really have a lot of people to go through that if there are days where two or three people are out, which is pretty normal in any work environment… we take a hit on those days,” Hudson said. He hopes the new group of 20 will help handle the influx of calls in the short-term.

Hudson said five temporary employees were trained in June to help alleviate call volume, but since then they’ve all left. As that was happening, the county tried to reassign employees from other agencies to work for 311. The county saw the shortfalls of the temporary model and officials are working on a full-time model for incoming 311 personnel over the last couple of months. The process takes some time, Hudson said.

“The assignment is not as quick as we would hope. It takes a little more work to get to that point,” he said.

Roberts added that in March, April and part of May, the additional 311 call volume was being handled, and the real spike came mid-May.

Committee Member Andrew Friedson said county employees who are being underutilized due to the pandemic should help with 311 calls. He said better coordination is needed to move available personnel around.

“Somehow nobody is connecting those two things to figure out well, how do we move the folks who are underutilized into a place of significant need and to me, it screams what it has always screamed: that this is an operational job and it needs better coordination and collaboration from the second floor,” Friedson said.

“Therefore, I guess we were slow to pivot and even modify our own training,” Kassiri said. Training employees to be an overall 311 call-taker was not working, she said, which is why the county is now doing targeting training in specific areas. This way, new employees can help out those who are better able to handle more complicated calls.

Friedson said mistakes are understandable during an unprecedented pandemic, however the lack of effort to address staffing issues is a problem. The influx of calls was previously discussed during a June 17 committee worksession. At that time, Hudson said the county was in the process of bringing on temporary contractors to take calls.

“It’s not that we trained folks wrong, it’s that we weren’t adding folks and training them at all up until this point, which is troubling,” Friedson said.

Navarro proposed that the GO Committee receive a memo from the county in early December to capture what was discussed during Monday’s meeting. The committee aims to check-in on the 311 issue again in January.

Taqi: The average wait time for a 311 caller pre-pandemic averaged under one minute, now it averages over 7.5 minutes. @mymcmedia