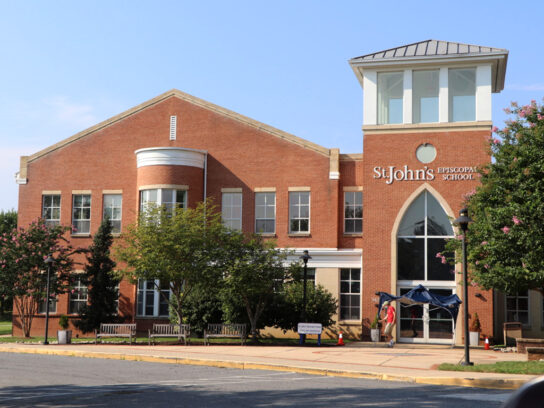 About 75 percent of the students at St. John’s Episcopal School in Olney plan to enter their classroom on the first day of school. The other 25 percent have opted to learn at home through virtual learning.

The new school year for students in Pre-K through eighth grade will start on Sept. 8 with an expected student body of at least 142 students, said Doug Perkins, the school’s director of admissions.

The school is still receiving applications but expects to have about the same number of students this school year as it did the previous year, when it had 148 students, Perkins said.

About 25 percent of the student body will be new students, because a large eighth grade class consisting of 26 students graduated in June and some students moved away during the year, he said. The school has received numerous enrollment inquiries, especially after Montgomery County Public Schools announced it would be holding only virtual classes until at last January, he said.

“Absolutely, there is no question,” that MCPS’ decision to go virtual has increased interest at St. John’s, Perkins said. “We had a lot of inquiries, four to five times as we would in the summer.”

He predicted that the average class size will at 14 students, which allows for the required social distancing.

The number of students in a classroom includes both those in attendance as well as those who are learning virtually in case the students learning at home decide to switch to the classroom, explained Head of School Margery Bank. That ensures that class size will not become too large during the year, she said.

“We have had a lot of interest, but we haven’t had a surge,” Bank said. “A lot of parents just really want their children back in school.” There will be six building entrances for students, enabling most of them to enter their classrooms directly, Perkins said. Students will stay in the same classroom throughout the day while teachers travel between rooms. Students will be required to wear face coverings.

“There are no clear markers,” he said, adding that three weeks after requesting state guidelines, “We are still waiting.”

However, he said, if a student or staff member does test positive for COVID-19, “The expectation is we should be notified immediately.”

There will be a webinar Aug. 28 to help school officials learn the steps involved in contact tracing, Gayles announced.