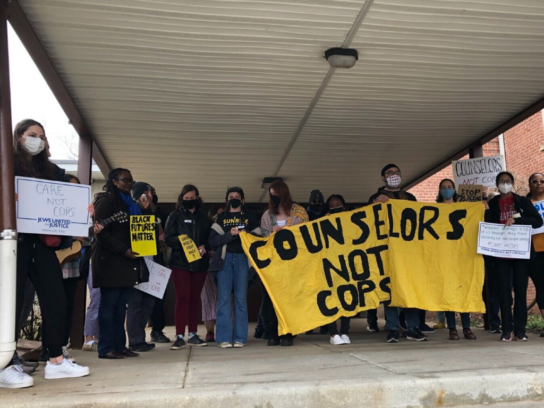 Student organizers said the vigil was to remind McKnight, the Board of Education, and the County Council of the community requested complete removal of armed police officers from the schools.

Sunrise Silver Spring, the local branch of the Sunrise Movement, organized the event to “hold space for the stories of families and individuals who have been affected by the school-to-prison pipeline, jail, and the racist institution of police.”

Hanan Miles, Political Power Lead for Sunrise Silver Spring, went on to say, “This is a wake-up call to our elected officials of the harm that the SRO program did and the harm that the CEO 2.0 program will do. We are going to keep fighting for BIPOC (Black, Indigenous, People of Color students’ futures until the county executive, council, and board of education decide to as well.”

The vigil was held outside the Carver Educational Services Center and Board of Education building in Rockville. After listening to parents and students speak about experiences with police, a community pot luck dinner was held, along with art-making for police-free schools.

“Putting in the CEO 2.0 program is not going to keep us safer, and it is actually just going to cause more trauma,” Miles, a 15-year-old freshman at Montgomery Blair High School, said.

A forum was held on March 15 to discuss school safety and “help clear up the confusion arising from arguments against having SROs,” who had been removed from schools.

Miles said bringing in CEOs would not be completely different from reinstating the SRO program. “It’s very, very similar.”

Under the CEO 2.0 program, officers would have designated work stations at each high school, but would not necessarily be tethered to that location.

“There has been an increase in violence in schools this year, but it’s not because there’s no police,” Carmella Beach, a 15-year-old Montgomery Blair freshman, said.

In January, a school shooting incident at Magruder High School left one student in critical condition. Some have called for a stronger police presence in schools since the uptick in school safety concerns.

“Policing students does nothing to help students,” said Noura Oseguera-Arasmou, a junior at Paint Branch High School, at a February event. “On the contrary, marginalized communities, students of color, students like me, students like my peers, and my family and my friends are marginalized and we are put into spaces that we aren’t able to escape.”

Instead, students are calling for restorative justice and mental health resources, saying these measures would prove significantly more impactful. 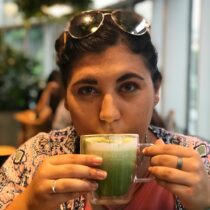 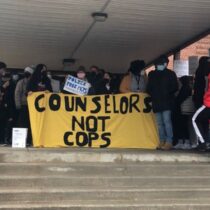 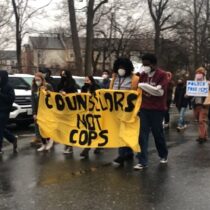 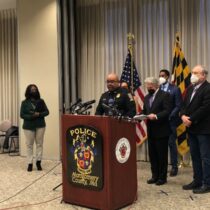