Though there are potential explanations, voter turnout has been low so far. Tuesday marks day six of early voting for the July 19 Gubernatorial Primary Election and Council President Gabe Albornoz said during Monday’s media briefing “he is concerned with the numbers they have been seeing so far.”

Many polling locations reporting no lines or wait times.

Early voting began Thursday, with 2,231 people turning out on the first day, according to Maryland State of Election voting daily report. That compares to 4,321 county residents who voted early on the first day in the early voting for 2018 primary election.

Early voting runs through July 14 and the deadline to request a mail-in ballot is July 12. 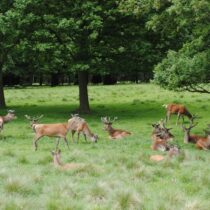