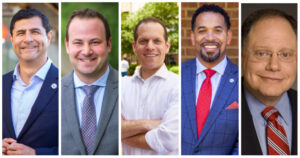 Glass, who is expected to be the new council president, told MyMCM on Tuesday that it is “the most diverse council we’ve ever had here in Montgomery County.”

Sayles told MyMCM Tuesday she was “excited that we’re about to elect a women’s majority.”