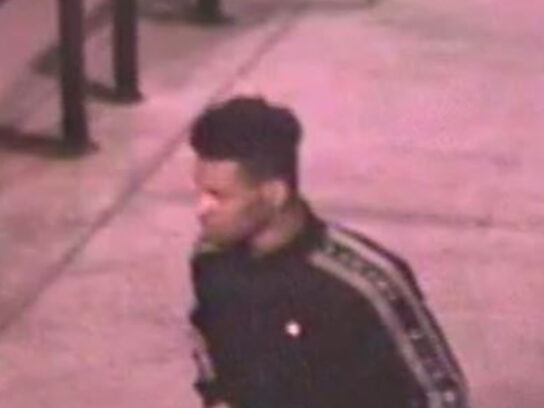 Detectives from the Montgomery County Police Department continue to search for a suspect linked to an armed robbery in Germantown last month.

In a press release, police say the suspect met the male victim in a grocery store parking lot at the 19700 block of Germantown Road just after 7:30 p.m. on Nov. 10. “The victim reported to police that he had posted an advertisement to sell a cell phone on the ‘OfferUp’ application.”

🚨🚨 Do you recognize this suspect who committed an armed robbery during an online sale meet-up in Germantown? If so, please call dets at 1-866-411-TIPS.

For additional information, to include safety tips for buying or selling items online, visit: https://t.co/dymyZtVLEZ pic.twitter.com/58oQWRerEg

The suspect contacted the victim through the OfferUp app to purchase the device. However, the suspect “produced a handgun, assaulted the victim, and stole the victim’s cell phone” during the exchange.

Anyone with information about the suspect is asked to call the 5th District Investigative Section at 240-773-6237. If you wish to remain anonymous, you can call the Crime Solvers at 1-866-411-8477, or by visiting the Crime Solvers website or app.

A cash reward of up to $10,000 is available to anyone who provides information leading to the arrest of this suspect.

MyMCM previously reported on a similar incident that occurred earlier in December. Police suggest that buyers and sellers should meet at designated safe Exchange Zones, which are located at six of the police district stations.