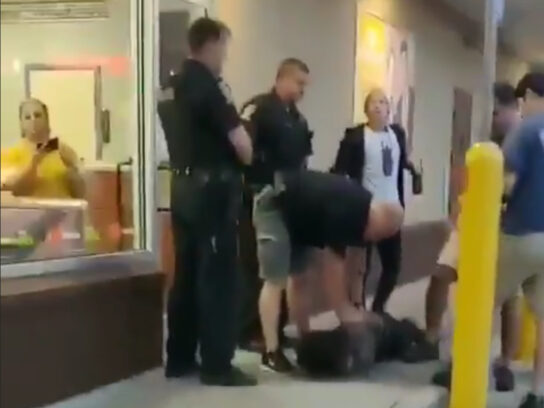 Montgomery County Police Department (MCPD) Officer Kevin Moris was sentenced to two years supervised probation Monday after he kneed a handcuffed man in the head in 2019.

On July 3, 2019, Moris held handcuffed Arnaldo Pesoa, a Silver Spring man, on a sidewalk with his knee on his head outside a McDonald’s in Aspen Hill. Pesoa was 19 at the time. Videos of the incident circulated on social media. Moris was undercover and arresting Pesoa for drug-related charges around selling psychedelic mushrooms. In Dec. 2019 a jury found Moris guilty of second-degree assault and not guilty of misconduct in office.

On Monday Moris was sentenced to 90 days in prison, which was all suspended, and two years of supervised probation according to online court records.