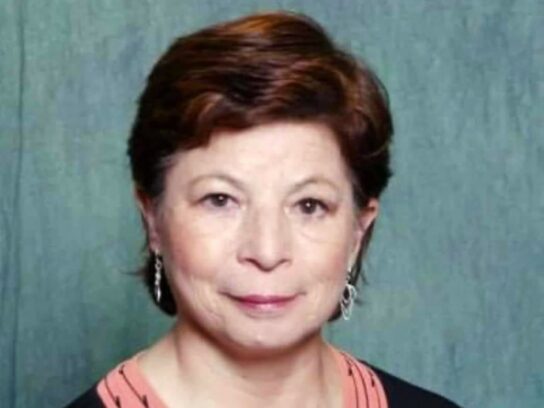 Blanca Kling, a spokesperson for Montgomery County Police Department who also served as the department’s Hispanic liaison, died Wednesday. She was 68 and worked in the department for over 40 years.

Ms. Kling’s son, Jason Kling confirmed the news on his personal Facebook page. Mr. Kling said in a Facebook post, written in Spanish, that his mother died at 6:20 a.m. in a hospital, where she was battling COVID-19.

Mr. Kling had been actively providing updates about his mother’s health on his Facebook page. Earlier this month, when his mother was hospitalized, he requested prayers from community members, writing, in Spanish, that pneumonia was detected in her lungs and she was receiving intense treatments. Several Latino media outlets, including MyMCM’s Hola Montgomery, followed the story and saw an outpouring of support from community members on social media.

In his Facebook post on Wednesday, Mr. Kling wrote that shortly before his mother died, he was on Zoom from 9 p.m. Tuesday to 4:30 a.m. Wednesday with 20 people who were offering their prayers and support. Mr. Kling thanked everyone for their support over the last two weeks. He wrote that his mother was received by angels and will continue to be present in their hearts.

MCPD released a statement saying they were mourning the death of Kling and offered condolences to her family.

The statement says, “Blanca was not only a coworker to many but a caring friend.  The number of people she helped during her career is immeasurable.  Montgomery County and the world is better for knowing Blanca Kling.”

MCPD says that Ms. Kling began her career with the department in 1980 as a victim assistant in the Wheaton District. Before she started working in the department’s public information office in 2005, she had worked in MCPD’s Community Engagement Division where she helped county residents.

“In her role in the Public Information Division, Blanca strengthened communication and understanding between the Police Department and Hispanic community members.  Blanca wore many hats as a liaison, including graciously hosting town hall meetings, speaking about police matters on Univision, Telemundo, and various radio shows, and assisting investigators when they needed her.  She embraced all these roles with selfless compassion,” the MCPD statement says.

Navarro wrote, “I can’t believe she is gone, taken by this horrific virus. We must honor her legacy with service and love for others. We shall be guided by her example. May she rest in eternal Peace.”

The Montgomery County Council offers its sincere condolences to the family, friends, and colleagues of Blanca Kling. Born in Bolivia, “Blanquita,” as she was often referred to by many in our community, had a long track record of public service and a lifetime of dedication to County government and our constituents.

A pillar in the Latino community, in 2005 she became the County Police Department’s Latino liaison, where she would often appear in front of television cameras and behind radio microphones to inform, forge authentic relationships and build bridges of collaboration between our Spanish-speaking constituents and our police force.

In 2016, then-Congressman Chris Van Hollen, nominated Blanquita to receive the Suzanne McDaniel Memorial Award, this award is given to individuals and organizations that have used their voice, throughout the media, to promote and bring about change at the national level for crime victims. She established many important partnerships and initiatives and gave voice to the Latino community’s needs and concerns. Her unwavering commitment to our constituents enriched our County in immeasurable ways.

Blanquita was loved, deeply admired and respected by all in our community. Outside of work, she was a devoted grandmother, mother, wife and a mentor to many. Blanquita will be sorely missed, but the legacy of her service, and her many contributions to supporting and uplifting others will always be cherished.”