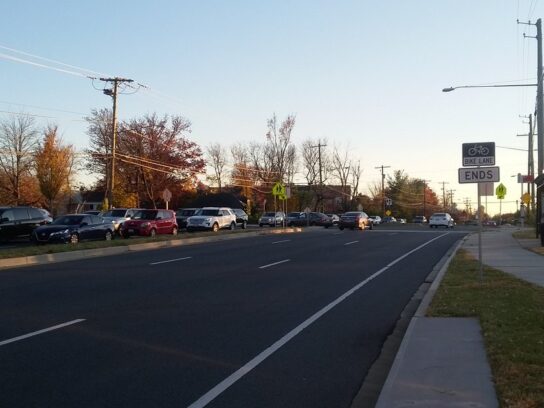 Detectives from the Collision Reconstruction Unit are investigating a Nov. 19 fatal collision at the intersection of Georgia Avenue and Mason Street, according to a press release from MCPD.

MCPD officers and MCFRS personnel responded to the location at approximately 8:22 a.m. According to the press release, a pedestrian was crossing Georgia Avenue at Mason Street using a marked, albeit uncontrolled, crosswalk. A blue 2006 Toyota Camry traveling southbound on Georgia Avenue when it struck the pedestrian.

The operator of the Camry was transported to a local hospital with minor injuries. The pedestrian, later identified as 50-year-old Sharon Lanette Adams from Silver Spring, was also transported to an area hospital but eventually succumbed to her injuries.

According to the Action Committee for Transit, Adams was one of seven pedestrians struck and killed in the same 4.2-mile stretch of Georgia Avenue since August 2019. According to a 2019 analysis by the Planning Dept., Georgia Avenue is among the most congested stretches in the County and is considered a high-risk roadway due to its high rate of collisions — 12.5 per mile.