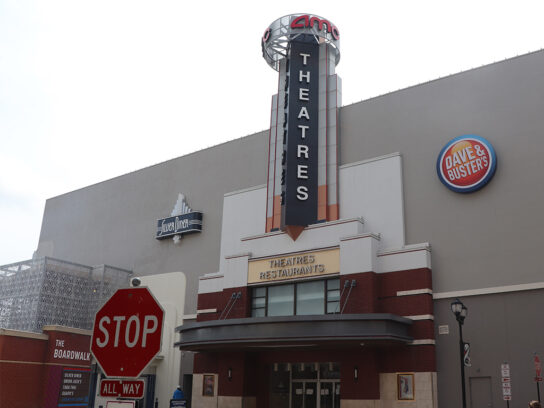 AMC Theatres announced that beginning Friday, 98% of its U.S. theaters will be open for business. Four area AMC theaters are opening Friday and three more open on March 26, including in Gaithersburg and Wheaton.

More than one year ago on March 16, 2020, Gov. Larry Hogan announced an executive order to close all bars, restaurants, movie theaters, and gyms in the state. Last week, Hogan announced that large venues, including theaters, would be allowed to operate at 50% capacity.

In Montgomery County, theaters will be allowed to operate at 25% capacity beginning March 26, when AMC Theatres plan to reopen.

AMC Theatres in Gaithersburg and Wheaton will reopen in one week on Friday, March 26 according to AMC's website.

Starting March 26, theaters are allowed to open at 25% capacity in Montgomery County, no food allowed. @mymcmedia